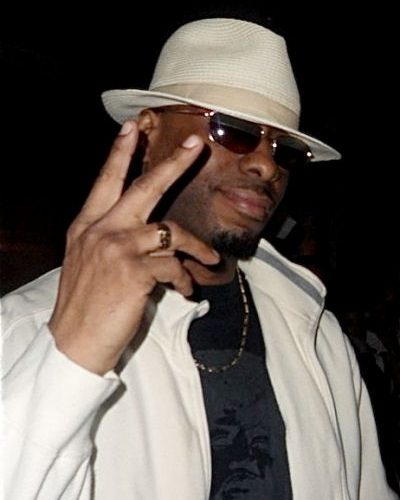 Have you ever met someone who totally embodies the concept of cool? If you haven’t, allow us to introduce you to Coole High. The New York City born and bred emcee and producer is one of the coolest people around. In addition to his chilled out demeanor, Coole High has a list of credits a mile long and has been deep in the city’s underground hip-hop scene for the better part of the past decade. On August 18th he’ll be releasing his latest album, Futuristically Speaking, and this week RapReviews caught up with him to find out more about the project, the tough decision he had to make to keep his career going, and why you might find cheesecake at his co-album release party on the 18th that also features Tah Phrum Duh Bush. We also found out what makes Coole High so cool, and it turns out it’s something we can all do.

AB: So you’re not gonna get mad when people do something that people do.

CH: Yeah, it’s annoying most of the time, but I wouldn’t get angry and be ready to throw chairs and tables through windows and what not.

AB: Hit people with some of your history. What part of New York are you from and how did you grow to become the artist and man you are today?

CH: I’m from Brooklyn, New York. Born and raised. Had my first fights, first loves. Won a few fights, lost less. A lot of it was from self-taught experiences, or experiences of what I’ve endured personally in life growing up. My father was never really around for me, he kinda broke out when I was four years old, so I had to rely on experiences and ideas of other men that entered my life, or entered my mom’s life, and it got to a point where I just had to realize that I’m a man the same way that all of these other men are. I had no reason to look up to anybody because the people that I’d look up to oftentimes disillusioned me, or failed me. So a lot of the life lessons I have learned have been through my own personal experiences, learning things the hard way. For every individual there is a time when you actually take heed to the lessons you’ve learned and apply them to your own life. I eventually did that and that’s how I came to be the person that I am.

AB: And the person that you are is releasing a new album on August 18th titled Futuristically Speaking. Presently speaking, when was the last time you released an album?

AB: So you had the smooth jazz album in-between, but it’s been…

AB: How different is Futuristically Speaking going to be from your previous work?

was a straight smooth jazz album, so it’s gonna be very different. From the last hip-hop album that I did, which was New Altitudes, it’s different in a sense that now I guess more of my content is more of, I wouldn’t say necessarily gown folk content, but it’s more in-depth in thought. I’m speaking in more of an angle where we need to do certain things to preserve ourselves and preserve the planet, and I speak that through Futuristically Speaking more so than any other project that I’ve done.

AB: Do you think this will appeal more to a more mature hip-hop crowd?

CH: Yes. I think with the combination of grooves and rhythms and vibes, and I have some fun tracks on there, too, so I think there’s gonna be material that appeals to the older crowd as well as the younger crowd.

AB: What made you take all that time off in-between albums? Did you stop recording, or has this been a really long recording process?

CH: It’s a combination of things. I stopped recording because life is full of other things besides music. At the time I had a relationship and it kinda took precedence in a lot of areas in my life. It didn’t make me take time off, per say, but I involved myself so deeply into it that I kind of forgot some of the other things that I should be focusing on with my music. She was all for my music. We were both like two peas in a pod, but it got to a point where I had to actually make a decision and that’s when we broke up.

AB: You chose music over…

CH: It was a mutual decision, actually. She saw there were certain things she wanted to do in her life that I may not have been able to fulfill for her, and vice versa, so it was more like a mutual decision and we’re still good friends today. The relationship did spawn the Casual Attire

album, so that was one good thing that came out of that.

AB: In addition to your own work, you’re super involved in NYC’s underground hip-hop scene. Why are you out at so many shows and supporting so many artists?

AB: Finally, I’d be remiss if I didn’t ask, what’s this I hear about cheesecake?

CH: {*laughs*} Well, it seems that Coole High can bake a marvelous cheesecake. There are actually a variety of cheesecakes that I make. I do make the regular cheesecake with the strawberries and cherries on top. A coffee crumb cheesecake, which is actually delightful, and it’s a good pep up, but what I’m really know for is the pumpkin cognac cheesecake. From what everybody tells me it’s really good and I should continue to make it, so I’ve done so for the last couple of years.

AB: So at the album release party, can people pick up the album AND a slice?

CH: I’m still debating on that. I’ve been told I should have it available, but I don’t know, I’m still thinking about it. Tah Phrum Duh Bush tells me I should have em. Everyone else has been asking me about it, so maybe.

Tah Phrum Duh Bush (in the background): I bought two extra copies of Casual Attire, just so I could get some more cheesecake!

AB: Do you have anything else you’d like to add?

CH: I do my best to help change minds and lives through my music, so hopefully if you purchase the album, or listen to any one of my songs online, it can do the same for you.