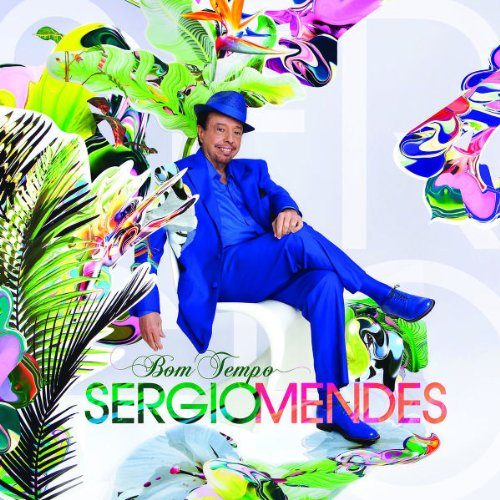 Hip-Hop and Brazilian samba both strike me as weird components to put next to each other. There’s nothing decidedly complementary about the two types of music, other than being the types of music tied to the working class of humanity. The sounds, tone, rhythm, and progression is completely different. I can hear samba-type beats on a Hip-hop track, but I’d never thought I’d hear raps over a samba song.

So when I got a hold of Sergio Mendes’ album “Bom Tempo,” I didn’t really know what to make of it. The little experience I have with samba is limited to what Nike picks out for their soccer commercials. With the exceptions of “Caminhos Cruzados” which is more bossa nova than samba, the beats are fast and filled with bells, and the tone is always upbeat and happy. The horns are loud and refuse to let your ears rest. I felt overloaded, almost assaulted, by the volume and the brightness of the sound.

However, after a few more spins in my car, especially on those mornings before work, I started to get used to this album. There’s a festive, tribal feel to the music that forces your muscles to move to the rhythm. I mean, it forces you to dance. This isn’t just Lil’ Jon yelling at you to shake your ass, this is subliminal musical command of your fuckin’ body. The raps are sparse and are peppered in, but they do their job of giving the song depth and allowing the bass to settle in and do its work. I can’t tell lyrically if they’re good or not, because it’s in Portuguese, but the flow matches that of the best reggaeton artists I’ve heard. It’s not that much of a compliment, but I did like it when I started to hear spitting on the mic.

This is not a hip-hop album, this is an album that has hip-hop in it. This is a samba album that will require you to do away with your pretentions for a second. This is an album that needs to be taken with an open mind. “Bom Tempo” translated literally means “good time” in Portuguese, which is all the album aims to achieve. The beats are happy, the vocals grow on you, and the music has a hypnotic quality. It takes a little bit, but this album will grow on you. Just have a bon tempo with it.