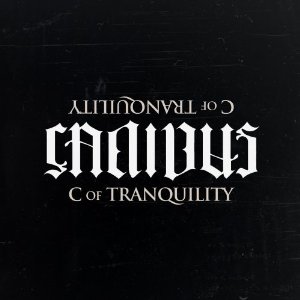 Canibus is an emcee that shows no quit. Perhaps the biggest mainstream “bust” in rap history, Canibus has remained resilient despite constant criticism and scrutiny. Those that label Canibus a bust are missing what a success the man has become. Despite being written off after debut and sophomore albums that failed to meet the unrealistic expectations that were placed on them, Canibus has managed to stretch his career over three decades and remains relevant and respected as an emcee. “C of Tranquility” serves as a testament to Canibus’ lyrical prowess as it boasts the most impressive production line up his career. With beats from Scram Jones, DR Period, Jake One, J-Zone, Domingo, and DJ Premier, Canibus sets out to silence his critics once and for all.

Canibus opens up things strongly on “CPTN Cold Crush,” summing up the purpose of this album and his career in 2010:

“Canibus is an animal with a mechanical mandible
Coming to damage you
Spitting understandable slang at you
I’m the all seeing lyrical
With infinite bars and visuals
Enter sideways, ain’t periphreal
I told you I spit a rhyme that’ll melt the earth
And ask you in the after life if you felt the verse
On planet earth I search for my tranquility first
I said I was the illest, but it didn’t help me, it hurt
And when that rap said Can I? The crowd said Bus
Ten years later who am I?
I still got the passion and love
To be the man that I was
Never give up, irrational rush to crush every mic that I touch”

With verses like that, there’s no denying that Canibus has plenty of lyrical ability, fire, and drive to deliver another dope album. While Scram Jones provides the adrenaline rush of high pitch chanting and urgent piano that is “CPTN Cold Crush,” the other big name producers also put their stamp on the album. Jake One delivers a menacing mix of overbearing organs and stuttering drums on “C Scrolls,” but sadly the beat only clocks in at 2 minutes. J Zone is another producer who delivers frustratingly shortened heat. “Free Words” is signature J-Zone, quirky samples are patched together over hard drums and Canibus rips the mic, but at a little over a minute the track sounds like an unfinished snippet. Surprisingly, DJ Premier is the one big name producer that disappointed somewhat with his simplistic beat on “Golden Terra of Rap.” While personally I dig Premier’s stripped down beat, many fans were hoping for Canibus to spit over a high energy, neck snapping Primo beat. Boasting some of the better production a Canibus album has seen, the only real issue on “C of Tranquility” is the hectic nature of the album. Canibus continues to spit heat on track after track, but with half the songs failing to hit the 3 minute mark and Canibus foregoing any sort of hook or song structure the album sounds incomplete.

“C of Tranquility” is a solid album from a veteran in the rap game who seems to finally be at peace with his place in the game. Long gone are the awkward attempts at commercially viable singles and rambling diatribes against the industry that felled Canibus early in his career. The production on the album holds Canibus down very well. Lyrically, Canibus is as sharp as ever, viciously delivering metaphors and social commentary in non stop barrages. The disjointed nature of the album and lack of traditional song structures hurts an otherwise solid showing from Canibus. While hardcore fans will no doubt hang on every word, one can’t help but hope for more focus and attention to detail from Canibus in the future. Even if Canibus is at peace with his place in the game, a focused and structured approach next time around will ensure his excellent lyricism gains new fans.