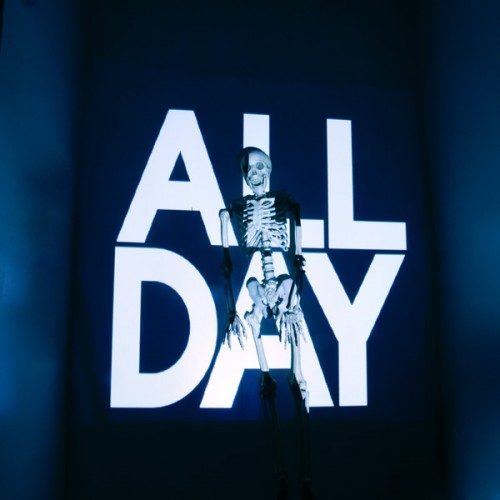 Girl Talk is the alter ego of Gregg Gillis, a former biomedical engineer turned DJ. Over five albums, he has become the king of the mash-up, a master at combining disparate, unrelated songs into an ass-shaking party. His trademark is mixing hip hop with pop and indie rock samples, melding them into a seamless, genre-bending monster. His latest album, “All Day,” was released as a free download in November. It contains twelve tracks that use over 373 samples, a complete list of which is available on Illegal Art’s website.

“All Day” is a brilliantly constructed record. Perhaps it is his engineering background, but Gillis has a knack for finding snippets of sound that fit together perfectly. Who would have thought that Black Sabbath’s “War Pigs” and Ludacris’s “Move, Bitch” could be combined into a single track? Or that Jay-Z’s “Can I Get A What?” would mesh so well with General Public’s 80s hit “Tenderness?” Gillis, that’s who. He does it over and over again, creating an hour-long nonstop genre-defying party.

Gillis avoids the number one problem with mash ups, which is shitty mixing and mixing songs that don’t go together. The problem is, once you’ve heard one song, you’ve basically heard them all. The formula is generally “rap song + pop song,” the thrill being that you’d never expect to hear Jay-Z or 2 Live Crew’s vulgar rhymes over banal 80s pop. Until you’ve heard it over and over again, often in the same song. In a club, this could be amazing, but on record it gets old midway through the first track. I get it, you’re mixing rap with not-rap. What else you got?

He also doesn’t dig especially deep. Being that this is party music, he goes for music that people are going to want to party to, meaning obvious hits. This is especially disappointing in the non-rap tracks he samples. Again, no doubt the point is to give people something familiar, but it’s essentially a parade of Top 40 hits from the past 40 years.

My final gripe with “All Day” is its attention deficit disorder. 373 samples over 12 songs equals 31 samples per song, which, at an average track length of 5 minutes, means that there is a new sample every ten seconds, if not more frequently. It’s like surfing the channels: you scroll past some cool stuff, but never end up actually digging into anything. The end result is sensory overload, unless you have the attention span of a gnat.

If “All Day” rocks your world and you can’t get enough of cheesy 80s pop mashed with grimey 90s rap, awesome. I’m probably totally missing the point. You might feel like it’s the perfect dance record. I feel like it’s an interesting idea that is repeated ad nauseam, enjoyable for a song or two, but not good enough to sustain an entire album.