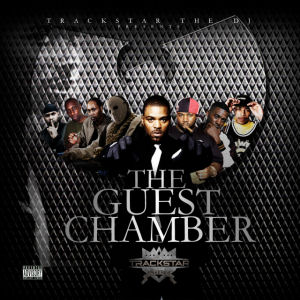 Trackstar the DJ :: The Guest Chamber (Best of Wu-Tang Appearances)

Trackstar the DJ’s “The Guest Chamber” mixtape is a collection of some of the Wu-Tang Clan’s greatest guest spots on tracks that appeared on other artist’s albums. While I need provide no contextualization concerning the impeccable stature of the Wu’s earliest group and solo albums, some listeners might overlook the fact that their collaborations with hip hop’s best and brightest have yielded countless thrills dating back to the early â€˜90s. Thus, Trackstar found it appropriate to assemble some of the best among them on this mixtape.

Many of the classics are here and clustered at the beginning of the tracklist: “The What,” “Above the Clouds,” “Eye for an Eye,” “Extortion,” “Tres Leches (Triboro Trilogy),” “Tru Master,” and “Skew It on the BBQ” each appear in their full glory. There are a few more overlooked gems from the â€˜90s, such as Onyx and Wu’s “The Worst” and Jayo Felony’s “Whatcha Gonna Do” featuring Method Man and DMX. More recent productions include Royce da 5’9″‘s “Give Up the Guns” with Raekwon and Talib Kweli and a remix to Q-Tip’s “Renaissance Rap” featuring Rae, Lil Wayne, and Busta Rhymes.

While it’s hard to poke any holes into the music itself, the selection of tracks is clearly subjective. “The Guest Chamber” may in fact boast the “Best of Wu-Tang Appearances,” but members don’t get equal shine: Rae, Mef, and Inspectah Deck occupy the vast majority of the tracks here, while ODB, GZA, RZA, Ghostface, Masta Killah, and U-God are elusive if not entirely absent.

Bottom line here is that the music is obviously top-notch, but Wu fans are most likely already familiar with the lion’s share of the tracklist and new listeners would be better served going for the albums they came from. In a day and age where listeners can assemble their favorite tracks on their own compilations in seconds at the click of a mouse, there’s no reason to make the significant effort to track down this bootleg affair.