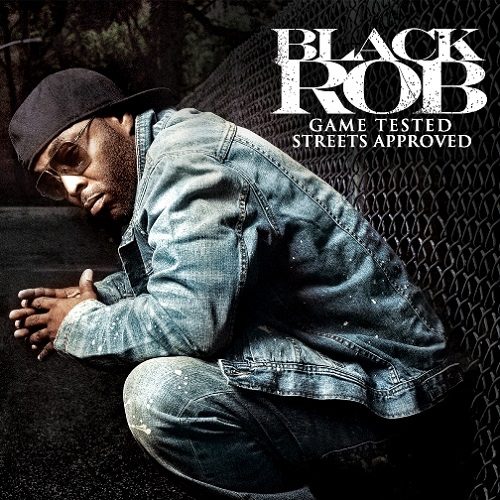 I’m being real with you guys. I haven’t heard anything from Black Rob since he dropped “Like Whoa” a decade ago. Admittedly, the single was raw enough for me to keep around in my music library, and I still put it on from time to time if I need an extra boost in my day. Still, I’ll be honest, I approached this album with a little bit of hesitancy. I know Rob is fresh off of a bid for grand larceny and has been in-and-out of the clink since he last shook the Hip-hop world. I’m all for rapper authenticity when they spit that gangsta shit, but when you’ve gone six years since your last major release, there’s a justified concern over some possible rust over your skills. Also, while “Like Whoa” was a certified banger that will always be dear to my heart, it’s not like Black Rob was such a groundbreaking lyricist to begin with.

The album kicks off with “Welcome Back” with a well-made Buckwild produced beat with some high horns, arching strings, and percussion as dark as New York nights. It’s a fitting reintroduction to Black Rob’s style of music in case you forgot. It’s hard hitting with no frills or no additives, it’s just some thugged out, game-laced, street shit in its most distilled form. It’s a track that rehashes Rob’s credentials as a hoodstar, with most of the verses focused on dismantling lesser fools and describing how much of a boss Rob is.

“Showin’ Up”, produced by Young McFly, has a nice 60s soul sample and slows down the tempo and pianos to show that Rob has a contemplative side. He spits lines like “I aint a rapper steppin out of S5s and stuntin, I’m nothin’, just a rapper that made a few joints and started frontin'” and “hopin’ you never try it, wasn’t shit to be admired, so why would I glorify it?”, which offer a refreshing self-introspective take on the braggadocio that is laced in almost every track in this album.

“No Fear” features the sole guest on the album, Sean Price, and is produced by DJ Pain and Coptic. The song follows the usual format with a stripped down beat that aims for the jugular. It’s a bright spot because Sean Price’s verse brings a nice buttress to Rob’s consistent simple streetness.

I mean, I don’t mean to rag. Black Rob doesn’t need to be a street thespian with multisyllable schemes and supremely clever punches. His verses don’t need to be weaved with precision, they can be hammered together. The way he delivers his raps is just fine. It’s not overwhelmingly great, but it’s not wack. For the type of shit that Rob spits and aims for, it’s just fine.

The only real knock is that the production isn’t always consistent. Black Rob attempts his hands behind the board, but his inexperience is obviously apparent in his tracks “This is What it is” and “Up North”. They follow the same stripped down formula, but it feels like Black Rob’s production is incomplete and missing that ear for the one sound that can bring a beat together. “Sand to a Beach” is ok, but gets annoying after a few spins.

All in all, the flow is the same, the beats are a little different, and the person is a little more scarred and a little more wise than we last saw him. Seeing as how a decade passed since I last listened to Black Rob, I almost wish that there was some type of big evolution to the artist.

Then again, the formula isn’t broken. He comes off real enough, game tested, and street approved, especially with a record that other rappers can only rap about. So who am I to tell him he should fix it?