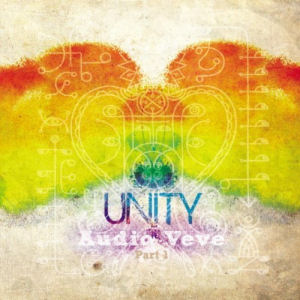 It’s time to pull back the curtain again. Instead of telling you who Unity Lewis a/k/a Young Precise is myself, I’m going to let his PR people tell you who THEY think he is in their own words.

“It’s no surprise that Unity hails from the Bay, a region known for its heightened consciousness. More, Unity comes from a long line of freedom fighters and educators. His grandmother is Dr. Samella Lewis, a revered author, professor, and activist. His mom is a yogi shaman and a jazz and soul singer. His father is a Rastafarian and a Reggae artist. Both raised Unity with a deep knowledge of self.”

Right away the picture is clear for Unity Lewis. He’s not just a self-made hip-hopper making his name in the Bay, he’s the sum total of two generations of activists and teachers who came before him. He’s not just a promising up-and-coming rap artist, he’s a MOVEMENT. Behold – Unity Lewis is going to be a fount of wisdom and philosophy not seen since the days of Boogie Down Productions and Arrested Development. This is going to be a game changer. Unity Lewis is going to spark some knowledge and light a fire in the collective mindset of the whole hip-hop nation. Love, peace and wisdom will emanate forth and the world will never ever be the same again.

“Uncle Sam got us beat, why he lie and he cheat?
What we might do… on the avenue…
Seem like we screwed
Every dollar that we make, gotta profit in the take
and the hand that we deal
This shit is real”

This shit is real. Word up, the fuckin’ shit is real. That’s the wisdom that emanates forth from Unity Lewis. That’s the problem with press releases and one sheets sometimes – they set up unreasonably unrealistic expectations. What I’m hearing on “Audio Veve Pt. 1” in general, and on the above quoted song “Vodou” in particular, doesn’t strike me as a higher form of consciousness. I expected to hear that the body was a temple, the mind was all powerful, and the flow of energy from it was the source of all creation. I wanted to hear about knowledge, wisdom and overstanding. That’s not to say Unity Lewis isn’t a wise young man, perhaps even the “revolutionary gangsta” his bio makes him out to be, but he’s not a prophet or a T’cha the likes of KRS-One. He’s far closer to being a Bay Area hustler with street smarts and a little bit of book learning to go with it.

“Yo you’ll bleed if you fight us, we pleased if you like us
So pleased not to like us but you need our cyphers
Like seeds in the ficus, or weed to the lighters
High speed to the bikers, or Visas to priceless
If I eat I got the itis; far as contests to see who’s best
Really dude you need not invite us
Cause our squeeze is the tightest when we tweak the devices
’til they operates at rates that’s equivalent to a sniper’s”

Those are the professions of why Unity Lewis is the best on “Gangsta,” and he’s got a little bit of something going on. The vocal tone is aight. The diction is good, although the vocals could be a little bit clearer. The rhyme pattern doesn’t suggest a penultimate degree of complexity, but at least by doubling it up per bar he’s packing a little more punch than the average emcee. And that is the impression I get of Unity Lewis throughout “Audio Veve Pt. 1” – a little bit more than the average, but not a LOT more. It probably doesn’t help that the production is not jumping off the page. “Let’s Ride” tries to inject a little Carribean flavor, but as good as it is, it’s not really a head nodder. “My Clique” features some of Unity’s unnamed friends, probably from his old group Napalm Clique, and sounds musically and lyrically like an old Tupac Shakur track left on the cutting room floor.

Now let’s be frank about it – the one sheet for this album set up unrealistic expectations. I was expecting the wordplay of Saul Williams with the verbal dexterity of Aceyalone and the forcefulness of Chuck D. “Audio Veve Pt. 1” is none of these things, and yet it’s not garbage either. Young Precise does have a future in this rap game, it’s just that he hasn’t reached the lofty expectations of his past generation of parents and grandparents – YET. Given time, he might just get there.