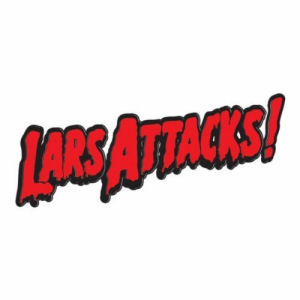 Many of you who were once in high school (or who perhaps are right now) think of William Shakespeare, Herman Melville and Edgar Allan Poe as some crusty old white dudes who died centuries ago. I see you in my mind’s eye turning the pages and yawning, thinking these people have no relevance to a 21st century life, an era of internet and smart phones and iPads. Sorry to say it but you couldn’t be more wrong. If you’re a fan of horror movies like “Final Destination” you owe a debt of gratitude to Poe for almost singlehandedly inventing the genre. Shakespeare was the Tupac Shakur of his day, from his nihilistic characters to their struggles against society to conquering their own demons. And as for Melville, the entire political system Americans live with today is built around finding a “great white” to blame all of our problems on, when in fact the system itself is not evil but rather the excessive Moby-Dick we fed it to be until it grew large enough to crush us.

MC Lars is a rapper for our times, even though one could definitely say he was “classically trained” in literature. He has tapped into the universal themes those works offer and brought them a modern hip-hop slant. He has been tagged as many things by many different pundits though, and classically trained usually isn’t one of them. Many call him “nerdcore” even though he did a song with Random a/k/a Mega Ran where he declared the entire genre extinct. (An interesting notion but one to explore another day.) He’s also been called the first “post-punk laptop rapper” and while he does embrace technology and rap in concert with a drummer and concert on stage, it would be hard to classify his beats and rhymes as punk rock. Perhaps his self-invented term “iGeneration” fits best – born into a modern world, coming of age at the same time that the internet did, but still shaped by a more formal education where the works of literary greats had powerful meaning. Many rap artists create a facade of coolness and try not to show they enjoy anything intellectual, but Lars is a man who “keeps it real” by rapping about Poe’s character “Annabel Lee”:

“It was many and many a year ago
in a kingdom by the sea (it’s true)
That a maiden there lived whom you may know
By the name of Annabel Lee
And this maiden she lived with no other thought
than to love and be loved by me
But the angels got jealous they took my queen
now she’s gone and I can barely sleep
But her, mortality makes her hot
All up in the malt shop – her favorite spot
I got so lost in her bright green eyes
So tell me why the love of my life had to die
So who’s that (who’s that) rapping at my door?
Annabel Lee, R.I.P., like Lenore
Nevermore should have known that death would take her out
Red lips, sick kiss and I’m lonely now”

The song works as much for its topic matter of a gruesome love that lasts beyond this mortal coil as it does for the bouncy uptempo beat backing the rhymes, produced by Lars and K. Flay. That’s a hallmark of a “Lars Attacks!” track – juxtaposing banging beats against Lars’ admittedly unconventional style. Since he’s not trying to be the hardest G in the hip-hop game, he can flow about whatever he wants to likemc chris, albeit without his high pitched vocals. Hopefully he’ll forgive the rudeness of this comparison, but I’d say he’s more like a white version of Gift of Gab, and given that both are from California that makes sense to me. There’s an inherently independent unconventional Left Coast way that both rappers flow, using beats like a canvas and words like a paintbrush, getting their splash on until a rap song is revealed. Even when they are funny there’s often a serious point, like “History’s Greatest Assholes”:

“Mengele was sick, with that scientific research
Lamps of human skin blood up on his t-shirt
Pol Pot, Ho Chi Minh, Idi Amin
All up in the jungle actin real mean
Mark David Chapman shot a Beatle on the street
James Earl Ray killed Martin Luther King
Manson crashed parties and painted the town
The Zodiac killer has yet to be found
It’s an inside job trading junk bonds and derivatives
Systematic risk, Wall Street greed is quite indicative
20 billion in the bank but y’all kept on spending
Killing our economy with subprime lending”

If you’re a conservative you’re probably not going to like him saying “George W. Bush, you got the number one spot” at the end of the song. I also suspect if you’re that conservative, you’re probably not reading this review or listening to rap music. He also has a message for all of the aspiring hip-hop artists who think they can become household names overnight on “How to Be an Indie Rapper” featuring his friend Weerd Science. This could be the single greatest reality check that underground rap has in 2011 – there’s no glamour to be had here:

“A is for the albatross they call a day job
B is for the beats – make sure they sound way hot
C is for the cash you collect on the road
D is for the drives that you make to get to shows
E is for the energy on stage that you need
F is for the food, your band you need to feed
G is for the gross on merch that you get
H is for the half that goes to costs, don’t get upset”

When Science professes “you can forget about the champagne and filets, cause it’s more like Tostitos and old PB&J’s” that’s the grimy and dirty truth of hip-hop going all the way back to the first time a rapper ever went on tour. Only one percent of one percent are living like Shawn Carter and Jayceon Taylor, the rest are living hand to mouth selling t-shirts and hoping to not sleep in the van for another night. There’s probably no better endorsement for the truth in these words than the fact hip-hop legend KRS-One shows up on “The Gospel of Hip-Hop” and says (no kidding) “it’s always a privilege to spit with Lars.” This is not just a cameo – Kris Parker lays down full bars to guitars and sounds as pumped up as he was on “Dope Beat” back in the 1980’s.

Now let’s make one thing clear – even though Lars has declared nerdcore rap dead, it’s possible he may still be pigeonholed as being only for nerds by the nature of some of these songs. Lars isn’t trying to run away from it – he’s running right at it head on. You can’t make a song with a pun in the title like “Summer Camp Love (Is So In Tents)” or write a track with John Reuben called “Francis Bacon Slashed the Canvas” and not be accused of operating at a whole different level above what mainstream hip-hop is doing right now. That’s the point really – Lars is not afraid to go there, he’s just hoping you’ll come up to that level with him. He’s got styles for all kinds of ears: “Judas Priest” is a dark and heavy track that borrows conceptually from the controversial “Book of Judas” circa 300 A.D. “Art of Darkness” with Sage Francis is plucked over strings and has a quiet melancholy orchestral flow where Sage quips “if music was therapeutic, I’d have been fixed a long time ago.” Then again it may be, because I certainly feel better listening to the super fast cartoon inspired absurd rap “Make a Friend on 27th Street.”

Ultimately on this album Andrew Robert Nielsen’s message for the whole world in general, but for hardcore hip-hop in particular, can be found on “Venomous Box Jellyfish” – “stop taking yourself so seriously.” You can’t help but seriously enjoy “Lars Attacks!” though.