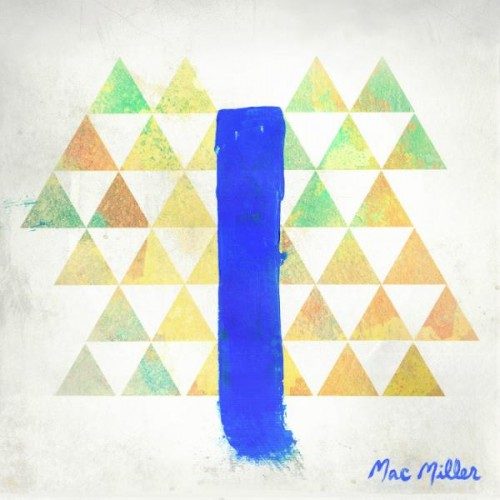 “I said run and tell your mother, motherfucker.”

The tough talking Mac Miller is the latest rapper to roll straight out the mean streets of Pittsburgh, following the success of fellowWiz Khalifa. Wait – tough talking? Mac Miller’s most successful songs to date have been about having a “Party on Fifth Ave.” and getting big like “Donald Trump.” He might curse here and there, but this Jewish rapper is far from a gangster thugging it up. Mac is serious about his rap career though, or as serious as someone can be who says it’s “like a full time job,” when the word “like” doesn’t belong in the description. Nevertheless sharing time with Wiz Khalifa in the same led to a friendship, then to being signed to the same label, then to being the next biggest thing in hip-hop coming out of the Steel City.

So is Malcolm McCormick worth the hype that’s been accorded his way? That depends on whether you take the following statement as a diss or as props directed his way – he reminds me a lot of Asher Rothand NOT because they both have Jewish ancestry. There’s an innocence bordering on naivete to their braggadocious rapping and party lifestyle, which both bolstering their perceived flimsy credentials by entering (and winning) battle rap contests. Asher Roth is a little better on the mic when it comes to punchlines, but in terms of topic matter you don’t get the feeling either one has ever had a real taste of hard times. Even when Mac tries to darken the skies and be “Under the Weather,” his chorus and sing-song second verse still manage to sound ebullient.

“Do you believe in, fairy tales? Dreams come true
One day you gon’ make it
If they gave you a handout
and you were down bad, would you take it?
I found that, bein famous
in reality, well it ain’t shit
Cause you could have the world in the palm of your hand
but it don’t mean a thing ’til you change it
Listen baby, I’ma be great now
We can watch a movie, fuckin stay up late
I’ma make my way to the top, every day I get closer
When I was younger told me to wait until I’m older
They turned a cold shoulder to me
And now they want tickets to my show for the free”

The bad times for Mac Miller seem to last about as long as a fart in the Santa Ana winds. That’s fine really, because rap would be boring if every rapper was as trap as Gucci Mane, as pimp asSnoop Dogg and as thug as Styles P. It takes all kinds to make up the hip-hop diaspora, and in the last few years it has expanded to include people who back in the early 1990’s would have been eyed with concern as interlopers and intruders. Since you can’t keep art and culture in a vacuum any more than Pandora can keep the lid on the jar, it’s only natural for the culture to be expansive rather than stay engaged in unrelenting turf wars about “keeping it real.” Those joining in should respect the door that has been opened for them, and I’m sure Mac Miller does, but he’s so busy at that “Party on Fifth Ave.” it’s hard to notice.

“Been around the world and back, yeah I did that
Still kick raps in cars and packs, so where’s my kids at?
These motherfuckers hatin sounded funnier than Sinbad
I’m ill as the pills that they give you when you collapse
This, that, the other, kiss your mother with that mouth?
We the assholes that she warned you about
We just storm in your house, open doors through a cloud
Got an assortment of styles, just be sure that it’s wild
6:30 in the mornin’and there still ain’t signs of slowin down
Twin sisters gettin wasted so they both are down
It’s goin down, I thought I told you man
If you tryin to party let me see you raise your hand”

“Party on Fifth Ave.” works for me for reasons the young Mac may or may not be aware of, although I’m sure his producer ID Labs recognized that the Marva Whitney saxophone sample was the same as 45 King’s legendary “900 Number” song. Any of us who grew up in the late 1980’s or early 1990’s remember Yo! MTV Raps featuring this song during the famous Ed Lover Dance on a weekly basis. This break is a hip-hop classic to me so by coincidence or design Mac Miller’s party anthem winds up paying tribute to one of my favorite records. ID also turns in good work on the echoing “Diamonds & Gold,” and once again shows his good taste in classic sampling. He brings the best out of Mac on anything he touches from the title track to the quick rap over clave percussion on “Frick Park market” to the smoothed out and aptly named song “Of the Soul.” Young L, Ritz Reynolds and Clams Casino also turn in some good work on Mac’s behalf.

Ultimately I have two complaints about “Blue Slide Park” which in the grand scheme of things may be minor. Complaint #1 is that the sticker on the album cover promised “16 new songs including the bonus song Donald Trump” but didn’t deliver on that promise as “Donald Trump” was not included when I ripped this to iTunes. The other complaint is that I get this nagging feeling listening to Mac Miller that he hasn’t really had any life experience yet, and even though he likes to “party” he’s not technically old enough to buy let ALONE consume an alcoholic beverage. Some rappers have lived a whole lifetime times three by 19, but I get a feeling the hardest knock Mac felt in his life is getting dumped by a girl. That doesn’t make it wrong for Mac to only rap about what he knows, but it may make it hard for people who haven’t had his carefree life to relate.