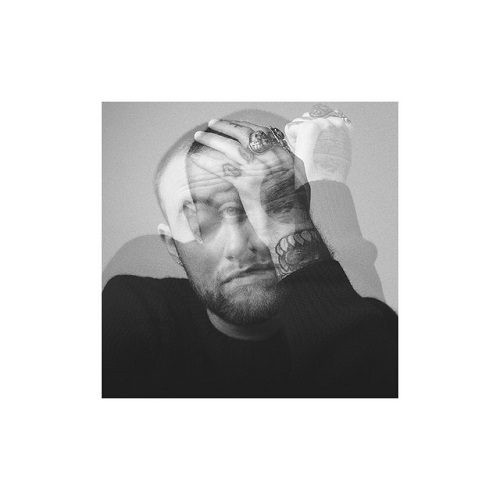 One of the most tragic narratives to come out of Mac Miller’s death was the fact that the Pittsburgh native continued to get better with time. The late 27 year-old remarkably transitioned from a backpack stoner rapper in the early-2010s (“K.I.D.S” and “Blue Slide Park”) to a neo-soul specialist whose musicality and relatability inspired many artists of the decade (“The Divine Feminine” and “Swimming”).

When “Circles” was announced as Miller’s first posthumous album, fans were looking for closure – anything to make sure one of our most beloved rappers was okay.

Mac’s sixth studio album is a surreal experience that’s filled with opaque contemplation and tragic connotations. His singing is as multi-dimensional and restrained as it has ever been. He’s either quivering his way through some of his toughest lines of writing, or solemnly crooning as if life is a hopeless experience. This is the least amount of rapping Miller has done on any project.

“Good News” may be the most devasting moment on the entire album. Mac, in an almost inaudible tone, dissects his darkest feelings about loneliness, despair, and people’s false hope. The plucky guitar strings and delicate drum taps offer a bleak platform for Mac to broadcast this mental tug-of-war between his brain and the people surrounding him.

“Wake up to the moon, haven’t seen the sun in a while
But I heard that the sky’s still blue, yeah
I heard they don’t talk about me too much no more
And that’s a problem with a closed door”

While Mac appeared fine on the surface throughout “Swimming,” it’s “Circles” where we finally understand exactly what he was going through. His tone is simultaneously cool and collective, but also urgent on “I Can See.” Mac’s always had an affinity for looking outward when portraying his own feelings. Back in 2016, he explicitly stated his desire to talk about love from the perspective of others; not just his own. In a way, he does the same thing on “Circles,” but instead contemplates life and death in the most eerie way imaginable.

Miller writes “Well this world done made me crazy” with the notion that fame can be the most toxic aspect of our media-driven world. It can make artists confused, frustrated, maybe even disappointed. Mac showcases all of these emotions in heartbreaking fashion. On the title track, he leads off with a hopeless confessional about his final days on Earth. On “Woods,” his intentions are more in line with contentment and solitude. He’s almost satisfied with the way things have turned out.

Super-producer Jon Brion (Fiona Apple, Kanye West) executes the difficult task of finishing these songs without Miller’s physical presence. He adds life to an otherwise bleak situation; inserting a buzzing synth or fluttering piano key wherever necessary. He knows when to confine these lush instrumentals too, like on the incredibly bare finale “Once a Day.” Sometimes, all the listener needs to hear is Mac’s ethereal voice hovering over bubbly percussion and faint guitar riffs (“Complicated”). Very rarely does Brion feel the need to interject. He allows these ephemeral tracks to breathe. He attempts to conjure light at the end of the tunnel.

Death is something Mac references quite a bit on this record. He does so subtly on “Good News,” but also takes a more direct route on “Everybody,” a phenomenal rendition of Arthur Lee’s song by the same name. It ties in perfectly with this weighty meditation about life’s greatest unkowns.

“There’s a whole lot more waiting for me on the other side,” Miller says with such agony and despair, it’s hard to not get emotional about his entire mind-set at the time of his death. Miller wants to find peace, but has a hard time attaining it. He also sings, “But every now and again, why can’t we just be fine?” It’s a question that’s stuck with me for days now. Why can’t we just be fine? Maybe it’s because we’re being pulled in every direction by so many different people. Maybe life really is but a dream (something Mac also says on the album). No one really knows.

Mac may have never found that harmonious outlet, or true happiness. The second verse of “Surf” basically confirms his sorrowful perspective (“But it’s more when I’m standin’ in crowds / That I’m feelin’ the most on my own”). Loneliness may be our greatest fear other than death. Mac was able to explicitly re-establish this idea through reflective songwriting and gentle crooning. His genius and thoughtfulness will always be remembered. “Circles” is a stark reminder of that.