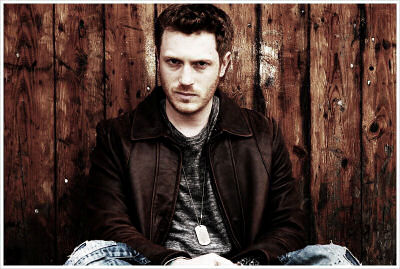 The name Jonny October instantly elicits, at the very least, curiosity. It’s a name that sounds exciting, and that’s fitting as Jonny October is an exciting emcee. His solo debut, The Wheelhouse, ranked in the top ten in at least one RapReviews.com year end list, and his live performances have him buzzed about all over the tri-state area. Having worked with the likes of Homeboy Sandman, Louis Logic and J.J. Brown, Jonny October has matched wits, and rhymes, with some of the underground’s best. This week, I caught up with Jonny October while he was picking up some equipment for his home studio, and I found out a little more about his history, which includes creating his own class at Penn State, as well as his many varied influences, which range from Nas, to Harry Chapin, to musical theatre, and what Zack Morris has to do with any of this.

Adam Bernard: You are a native New Yorker and you have quite the performance lineage with both of your parents being involved in the arts. Did you ever even consider a life outside of music or performance?

Jonny October: I tried to rebel and tried psychology when I went to school and I was like hmmm, pass. I’ve been performing since I was a little kid and it’s just like, there are certain things you can rebel at in families, but when it’s something as fun as being an artist and performing, and you respect your parents as much as I respect my parents, there’s nothing really to rebel against, it’s just awesome. I have tons of friends like “aw man, my parents want me to get a real job and shit,” and my parents are totally not like that at all because they were me.

AB: You mentioned you started performing at a very young age. When was your first performance and what did it involve?

JO: Technically my first performance, I don’t know if you could call it a performance, but I was in a bassinet, or a carriage, on Days of Our Lives, or something like that, because my dad was a casting director for soap operas. There was that, and I was on TV when I was like a newborn, basically, because my parents were some of the first proponents of using midwives in New York and they were on like Good Morning America, or The Morning Show, or something like that, and so was I. In terms of realistic, actual performance performance, on stage… I think I did some sort of rec program of like Newsies and also played Danny Zuko (in Grease). It was hilarious because, to my dismay, earlier that summer my aunt had wanted to give me like a “real man’s” haircut and shaved my head completely, like military style, and so I’m like this little peach fuzzed red head with short hair draggin a comb through his hair with the leather jacket on singing “Summer Nights.” {*laughs*} You’re gonna ruin my street rep!

AB: Ha! Speaking of those streets, how did hip-hop become a part of your life? Was it a natural New York thing?

JO: No, because we left Brooklyn when I was like nine and I went to grade school in Rockland County, which is across the bridge. I tried to learn piano and I have no attention span, so that didn’t work. Then I tried to learn guitar, my dad plays a bit, and that didn’t work. My idol was Harry Chapin. This old school folk musician that never got as much credit as he deserved, I think, as a songwriter. I wanted to tell story songs, because that’s what he did. His songs were never on the radio. It was for the every day man. Then I heard (Wu-Tang Clan’s) 36 Chambers and I was like alright, this is awesome, it’s so gritty and cool. Slick Rick was the first storytelling emcee that I heard, and then Nas. When I heard Illmatic I thought maybe I could write rhymes, or something like that, so I started keeping a notebook. I was probably like 13 or 14, and as I heard more and more hip-hop I kept trying to grow. I’ve always said if I’d learned to play guitar I’d probably be a folk singer, but I didn’t. I started writing rhymes, and they were really terrible. Really really terrible. There’s probably like 300 notebooks just filled and it’s probably why I failed math so many times.

AB: You managed to eventually survive the math classes, though, and attended Penn State. I read you created an independent study course at PSU just to gain access to the school’s recording studio. Tell me about that. What were you doing?

JO: There was this guy, Bill Kelly, who was the father of one of my brother’s friends and he was just the coolest guy ever. He’d met every single person on the planet and knew everything about music. LL Cool J and Busy Bee had a battle and he saw it live. It was crazy. This dude is 100% down with music of every single genre and he ran a course that was an independent study course where kids who were disenchanted with the whole paint by numbers thing could basically create their own program with him and people would do that as their full course study. I didn’t, I was a theater arts major, but they had this studio and I’m like shit, there are musicians that are getting credit for doing music that they want to do. They get to use all these facilities. I want to do that. He knew I was into music. I approached him and said hey, I need three credits, can we figure out a way to work this? And he totally did. We built a course around recording several songs. We recorded some pretty interesting stuff. I’m not sure that Penn State would have been totally stoked about us recording “College is the Ghetto” in their studio, but it was awesome and it was the first time I ever had a super professional product.

AB: Is there anything on your current album, The Wheelhouse, that exists because of that access?

JO: Nothing on this album, no, but the friendships that I made through Penn State are 100% responsible for everything that I have. I did an underground radio show there called The No Doubt Show with the Mayor Mike Jax, who knew Louis Logic and played me a bunch of his stuff. He helped me get a show to bring Louis back after he had done Sin-A-Matic and was just dropping Misery Loves Comedy, so I got linked in with Lou and J.J. (Brown). This guy Troy Walsh, who was actually doing some pretty big things back in the day, he was being flown out to work with Mike Elizondo and Scott Storch, he was the one I actually did that program with, he produced “Fractions” on my album. J.J. Brown spearheaded it, Louis Logic executive produced and featured on it. Troy Walsh has done production for me. Tony Wiz also did production with me. They were both in a group I had called Poison Ivy League.

AB: Let’s talk about The Wheelhouse. That’s a baseball term for a pitch that’s exactly where the hitter wants it. How does this represent what you’re doing and what’s on the album?

JO: My name, Jonny October, comes from… I didn’t want to name myself because I just felt dorky that I couldn’t think of anything cool, so I asked my dad to give me a rap name because he’s really smart and I figured he named me once so I’d give him the opportunity to do it again. He was a big Reggie Jackson fan, and he realized when the chips are down, that’s definitely when I do my best work. When there’s pressure on, not in terms of baseball, I was a relief pitcher and it scared the shit out of me, but whenever it comes to stuff with music, or school, I’m last minute Jonny, it’s when I do my best work, so boom, Jonny October. I guess that gave me the idea for having some sort of a theme in keeping with that since this was my first solo album. It popped into my head. I remember my buddy Wiz and I used to call it “getting the ghost in you,” when you have tunnel vision and you hear the beat and it becomes some sort of weird meditation and it just comes right out. That’s what kinda started to happen right around the time I was writing that. Some of it was a struggle, but some of it just wrote itself and it felt like it was all in my wheelhouse, and I thought the name sounded cool and mysterious, so I went with it.

AB: A lot of your songs are stories that are very relatable, and earlier you mentioned Harry Chapin as being a big influence. Do you consider yourself an everyman of sorts?

JO: That’s tough because what is an everyman? I struggle with bills like every other person, but when you’re still living in the wealthiest country and you’re middle class… I guess it’s all relative. That’s a really easy answer for everything. I think Harry didn’t even look into it that far. He’s just like these are the people that I see around me, and there was just no ego involved, at least it didn’t seem like it, he just genuinely liked to tell people’s stories. There’s definitely more ego in my stuff because it’s hip-hop and let’s be honest, you gotta defend the box sometimes. Everyman? I guess so, I just know not very much has ever really come easy for me. I’m not a walk into the booth and kill it kind of guy. I had to work my ass off just to get to the level that I am at and I’m still working on it and the only reason that I’m still going and some of my peer group and friends have stopped is just because I am obsessed and I work at it. It’s not because I’m more talented than any of them. I think some of them are head and above more talented, but that doesn’t really get you that far in the long run, generally speaking.

AB: Finally, I was checkin out your Facebook page and I noticed we both share an appreciation for Saved By The Bell. With that in mind, how much of an influence have the Zack Attack and Hot Sundae had on your life?

JO: {*laughs*} Oh my God, wow, I don’t even know how to begin to answer that question. Absolutely, I owe everything to Zack Morris. The only thing I can think of now, at this point, when I hear Saved By The Bell is “I’m so excited, I’m so excited,” but the phone, the swagger, the high tops with the tongue hangin out… I love Saved By The Bell. I’m not afraid to say it.