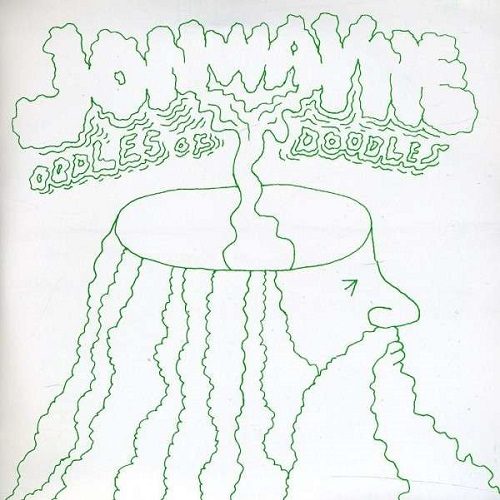 Jonwayne is a Los Angeles-based rapper and producer who has been part of that city’s Low End Theory for a while. He released his first beat tape, “Bowser,” last year, and has put out several mixtapes. “Oodles of Doodles” collects two CDs worth of beats. Jonwayne is part of the same hip-hop/electronica scene that has produced Flying Lotus, Schlohmo, and Nosaj Thing, and he’s on the same label that has released hip-hop instrumentals by Madlib, J Dilla, Oh No, and Dam-Funk. Jonwayne tries to meld these two worlds, combining IDM with funky, blunted out hip-hop.

Being that his first album was titled after Mario’s nemesis Bowser and the cover used the Super Mario World font, it’s no surprise that 16-bit sounds are all over “Oodles of Doodles.” There is some dark, Mario-style funk on “I For Kutmah.” “Dat Ass” sounds like a booty jam Samus would bump on her way to Zebes to kill some metroids. “Stellar by Starlight” sounds like the sexed-up end theme from a Final Fantasy game. Imagine if the dudes composing music for the Super Nintendo had been hip-hop fans with a medical marijuana card, and you’ve got Jonwayne. There is a languid, stoned swagger to the beats. The drums hit just a little bit slower than you’d expect them to, which makes the whole album sound a little off kilter and unsettling.

While there are some banging beats here, I didn’t enjoy listening to this as much as I wanted to. Part of that might be that I’m not a huge fan of video game music. Ever since my NES days I would turn the sound down and my stereo up; I listened to “Oodles of Doodles” while trying to finish Mass Effect 2, only turning the volume up to hear some of the dialogue. So there wasn’t a lot of nostalgia factor in the sounds, making their limitations that much more glaring. Also, “Oodles of Doodles” offers too much of a good thing. At two discs, this is way too long. As an EP or 35-minute album, this would have been much more digestible.

While “Oodles of Doodles” may not be the best overall listening experience, in small doses Jonwayne’s beats offer a unique take on hip-hop, and I’d love to hear an MC rhyming over them. If you are nostalgic for the days of Final Fantasy II and Street Fighter II, and/or prefer your beats glitchy and blunted, Jonwayne’s got you covered.