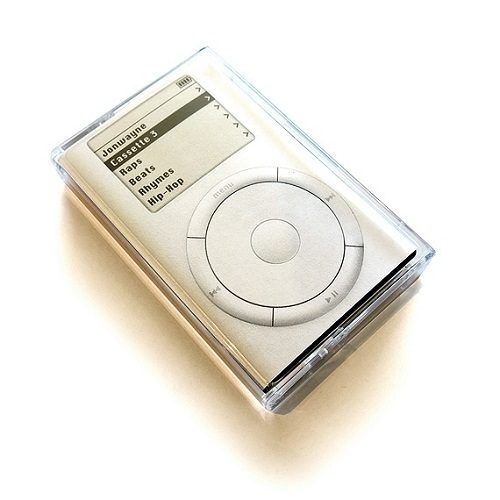 The revival of cassettes is just another trend that is making me feel like an old man. I listened to music exclusively on cassettes until I was sixteen. I still have a stack of tapes in my parentâ€™s garage that I donâ€™t have the heart to throw away, despite the fact that I havenâ€™t owned a cassette player for fifteen years. Cassettes were always a second-class format. They didnâ€™t have the cool cache that vinyl LPs have, and they didnâ€™t sound as good as either vinyl or CDs. They had a tendency to get eaten, which led to winding the tape back up with a pencil. You couldnâ€™t skip to a song, which meant that you had to fast forward and hope your timing was good. I remember getting frustrated with my Ghostbusters soundtrack trying to skip Laura Branniganâ€™s “Hot Night” so I could get to Mick Smileyâ€™s “Magic.” The tiny format didnâ€™t lend itself to album art. There was often hiss. If the tape got old, it could slow down. Ironically, this happened to my copy of Lionel Richieâ€™s “Canâ€™t Slow Down,” which always sounded like poor Lionel was singing underwater.

For kids today, cassettes have several huge advantages over MP3s. For one thing, they are something you can physically own, instead of just bits of data. This also means that they need to be listened to in their entirety, and not just one track at a time. Then there is the nostalgia factor, which is not to be underestimated. They are more portable and cheaper than LPs, which have also seen a resurgence lately.  Finally, they are exclusive. You canâ€™t just download a cassette, and it is harder to rip a cassette than it is to rip a CD or LP. As a result, theyâ€™ve become a format of choice for labels looking to put out music that has the collectible appeal of a physical copy, and is harder to over-share on the internet.

As you can guess, “Cassette 3” is the third installment of Jonwayneâ€™s cassette mixtape series. His first two were cassette-only, and since I donâ€™t have a cassette deck, I never listened to them. Volume 3 is available as a download, so I gave it a listen. I wasnâ€™t a huge fan of Jonwayneâ€™s “Oodles of Doodles,” and Iâ€™m skeptical of producers-turned-rappers, so I had almost zero hopes for this release. So much so that I almost didnâ€™t bother downloading it even though it is available for free. As a somewhat nerdy white producer, the odds are against Wayne being able to rap. Yet when he gets behind the mike, he kills it.

Well, kill it may not be the right word, since Wayneâ€™s flow is anything but aggressive. Wayne has an effortless, casual delivery that contrasts nicely with his clever rhymes. He sounds so good rapping over these beats that it took a while before I realized that they were repurposed from other artists. Heâ€™s got beats from Madlib, DJ Premier, and even Dilla here, but he manages to make them his own. On opener “Ode to Mortality” he references Nasâ€™ “NY State of Mind,” rapping:

“Life is an homage to death
These cousins never kissed, nor laid in the bed to rest
I sketch breath with sharp and broken pencils
The message is permanent, it’s been etched into the mental”

Lyrically Wayne brags about his skills and pays homage to Stones Throw, but in a way dense with metaphors and deep references. On “Numbers on the Hoard,” his take on Pusha Tâ€™s “Numbers on the Board,” Wayne asserts:

“Your brain is looking pretty simple on the floor
I’m taking Armstrong steps while you’re tripping on the chord
I’m stepping over your head, getting over these rappers
Who laying with stale bread in a bed, y’all some vegetables
Doing white girl wishing you were white girls
Rapping with the white girls, dressing like some white girls
MC’s are Avril Lavigne
And gotta do that Miley Cyrus just to feel like they’re king
I wasn’t born with the scepter and ring, I’m a klepto
Pterodactyl with 3rd rail mouth, it’s but a dream
You better realize who the illest is
This ain’t a game so I ain’t fucking with scrimmages”

“The Ritz” has a vibraphone sample with Wayne bragging”I abuse the prose until it is purple and black and painted abstract.” He uses the Dilla beat on “Notes to Myself” to call himself out for lacking confidence. He ends the mixtape with his take on Madvillainâ€™s “Rhinestone Cowboy,” during which he explains his rap name and the name of the mixtape. Marion Morrison was the birth name of the actor better known as John Wayne. The stage name “Wayne” came from a Revolutionary War hero named Nathaniel Wayne, who happens to be the ancestor of the rapper Jonwayne who was born Jon Wayne. “So in a way, the actor is named after me,” Wayne says at the end of the mixtape.

There are several guests here, including Jeremiah Jae, Oliver the 2nd, and Zeroh. Captain Murphy, the rap alias of producer Flying Lotus, shows up on “Dog It,” giving you two producer/rappers for the price of one. The guests never outshine Wayne, and in fact they break up the rhythm of the album.

“Cassette 3” shows that Jonwayne is just as adept behind the mic as he is behind the boards. In fact, I prefer his mic skills to his beatmaking skills. This mixtape is worth downloading, and if you have a cassette deck, the physical copy is packaged to look like a first-generation iPod. Buy it today before Apple sues.