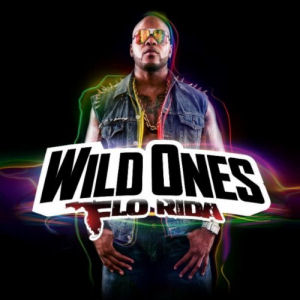 Originally conceived as a sequel to his album “Only One Flo (Part 1),” Flo Rida’s new album “Wild Ones” was repackaged and retitled based on the runaway success of the single it’s named after. The dominance the song has had on the pop charts, radio airwaves and mainstream outlets has reached the point where I hear my hip-hop friends bitching about it on a daily basis. I guess that puts me in the minority then because even when the soFLY, Nius & Axwell song peaked by being used as an official theme song for WrestleMania 28 I wasn’t tired of it then, and I’m still not now. Sia’s singing clearly plays a huge part in that, but in general it’s just a bouncy and inoffensive bit of hip-pop that’s easy to bop to.

Generally speaking that’s my opinion of Flo Rida (born Tramar Dillard) as a whole. Though his hip-hop roots and his imposing physique suggest a more thuggish persona, the songs he releases couldn’t be further from hardcore. Most of his recent chart topping singles can be found here, including the Dr. Luke produced smash hit “Good Feeling”:

“The mountain top, walk on water
I got power, feel so royal
One second, I’ma strike oil
Diamond, platinum, no more for you
Gotta drill a land, never givin in
Givin up’s not an option, gotta get it in
Witness I got the heart of twenty men
No fear, go to sleep in the lion’s den
That flow, that spark, that crown
You lookin at the king of the jungle now
Stronger than ever, cain’t hold me down
A hundred miles feelin from the picture smile
Straight game face, it’s game day
See me runnin through the crowd full of melee
No trick plays, I’m Bill Gates
Take a genius to understand me”

“Look – I’m bettin you like people
And I’m bettin you love creep mode
And I’m bettin you like girls
that give love to girls and stroke your lil’ ego
I bet you I’m guilty yo’ honor
but that’s how we live in my genre
Who in the hell can break the Rottweiler
There’s only one Flo, and one Rida
I’m a damn shame, order more champagne
Pull a damn hamstring tryin to put it on ya
Bet your lips bend back around karma
Slow it down baby, take a lil’ longer”

The album’s newer tracks which have yet to chart fit perfectly into Flo Rida’s pop rap formula. People tend to use that word like it’s an indictment, as if being “formulaic” is inherently bad, but I don’t find anything bad about the hard driving dance beat or Jennifer Lopez crooning of “Sweet Spot.” If the GoonRock produced “Run” featuring Redfoo sounds like any other LMFAO hit song, that’s really not so bad, and as an 80’s child I appreciate the way the song references “Run to You” by Bryan Adams. “Wild Ones” is not a bad or offensive album in any way unless you find bubblegum pop music offensive because it’s all sugar and no substance. Nobody listening to this could deny it – hell the album doesn’t even have an advisory sticker – but there’s absolutely nothing wrong with it. It’s cotton candy rap for the dance floor, and at the album is only $3.99

it’s actually a better value than the cotton candy at the state fair. Buy it, enjoy it, and forget it. It’s a fun bit of fluff.