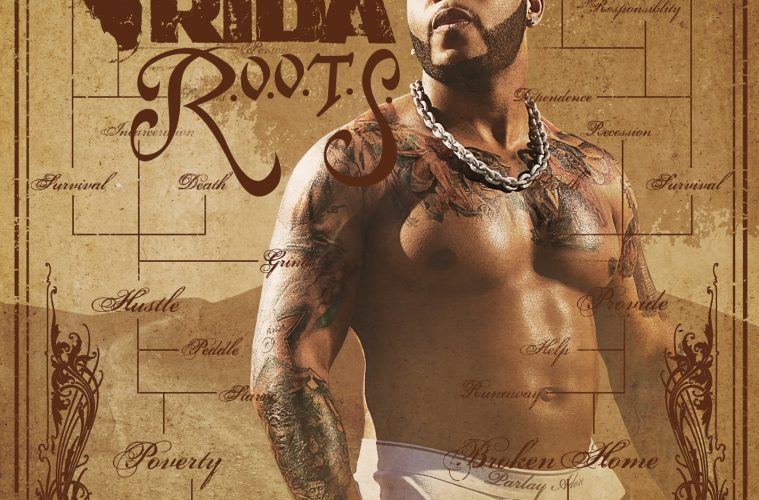 I’m going to make an embarrassing admission. It should serve a purpose in this review, but it will make me blush nonetheless. These are the lyrics to Flo Rida’s lead single “Right Round” taken from his sophomore album:

“Flo Rida coming with the rhymes hardcore
One, two, three baby now you got the dough
Spin it around and drop it on the stove
Now cook that pizza…”

Alright, technically those are NOT the real lyrics. The embarrassing part is that those are my version of the lyrics – that is to say, when “Right Round” is locked in my head, that is part of the verse that I make up in my head. Completely ridiculous lyrics, about making (and eating) pizza, spinning the dough right round, baby, right round. As usual, I have a point to this confession. As per normal, you will have to wait.

So, the Rida of Flo’s returns shortly after his debut album “Mail On Sunday” failed to set the world alight, even if “Low” – an ALL-TIME CLASSIC – had dancefloors around the world bopping to that Miami Beat rhythm and that catchy as hell T-Pain chorus. People also suddenly realised there was a brand of jeans called Apple Bottom, so Nelly – one of the founders – must have been well happy. With a couple of alright follow-up singles featuring will.i.am and Timbaland, his record label decided to capitalise, chuck some money at big-name guests, samples and producers, and rush out a new album a la Rihanna/Ne-Yo.

Let’s cut to the chase here, most people buying this album – and believe you me, that isn’t very many, only 55,000 first week – are after the hot beats and major guest choruses. So production is courtesy of acts such as Stargate, Jim Jonsin, will.i.am and lesser knownâ€™s like Dr. Luke. Guests include Nelly Furtado (on future single “Jump”), Akon, Ne-Yo and Wyclef Jean. The slant is mainly on commercial pop music aimed at the female market, with a couple of “street” tracks thrown in to make him, you know, “street.” These are somewhat unnecessary, and only serve to expose his obvious personality flaws – the subject matter hasn’t truly moved on in any way, shape or form from his debut LP. All parties, money and bullshit here. Nothing to see, move along… The second single “Sugar” is surprisingly poor, sampling “Blue” by Eiffel 65; and the aforementioned “Jump” is pretty decent, a less blatant “Low.” At the very least, this is an album to whack on in the background when an impromptu party pops up. It is vaguely fun.

So why the pizza-quoting at the start? Well, dear Reader, try and quote me the real lyrics to ANY Flo Rida song. There is a 99% probability that you can’t spit one of his verses accurately – and most of the readers visiting this site can recite “Illmatic” backwards whilst doing an underwater headstand. The lyrics are not the point with Flo Rida, and his glistening success in the singles market is entirely down to his uncanny knack of knowing when to GET OUT of the way – if there is a great beat coupled with a catchy chorus, he meshes in instead of attempting to force his personality on the song. Hey, it works – I’ve had “Right Round” in my head all day, without any of his lyrics; the name on the single still says “Flo Rida.” Of course, as fun as “R.O.O.T.S.” may be for a short while, artistically, this album is almost without merit, with pointless lyrics and over-sampling.