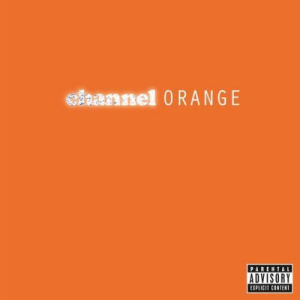 Ever since the early 1990’s and possibly before, hip-hop fans and pundits have speculated on which unidentified mystery man was the “gay rapper” keeping his secret in the closet. In hindsight that’s actually pretty silly, because if there are thousands of rappers in the music business, there ought to be at a minimum DOZENS of homosexual male and female artists. That’s just statistics and averages. What did people actually expect to do if they figured out who the “gay rapper” was anyway? Encourage him to come out? Stone him for not conforming to stereotypical norms of rap masculinity? Both? I really don’t know.

In a hip-hop collective (Tyler, the Creator) Frank Ocean is a very square peg surrounded by nothing but the roundest of holes. After all these years of searching for the mythical “gay rapper” a rapper/singer from the Odd Future clique came out and said “I’m the guy you’re looking for,” even though at 24 years old he wouldn’t have been in the business at the height of this fevered hunt. He certainly would have read about it in magazines like XXL and The Source though, and seen articles about it online as the internet’s scope grew. For a young man trying to figure out his sexuality as he came of age, what could the effect of all the hyper-masculinity in hip-hop be on his psyche? And how would a crew who tosses the word “faggot” around like a Brit asking for his cigarettes react to his revelation?

So far they’ve been nothing but supportive, which leads me to conclude that something I’ve speculated on for the longest time is 100% true. Odd Future’s success as a crew can be split evenly between the genuine talent they exhibit as producers/lyricists/musicians and their ability to provoke pundits like Bill O’Reilly. In a way it’s like watching the rebirth of N.W.A.over 25 years after they stormed onto the national scene and were dubbed “The World’s Most Dangeround Group.” It was the nascent birth of viral marketing – the more they were labeled as violent, sociopathic and dangerous the more successful they became. Rather than scaring away the middle class, the critics actually succeeded in enticing them to enjoy the forbidden fruit. Thankfully it came backed with good beats, true lyrical skills, and a remarkably nuanced political message that was often missed by the people who couldn’t look past the curse words. Odd Future are homophobes for show, because being offensive gets people talking, and the more they talk the more people will tune in and find out about their work.

Back to Frank Ocean though, whose revelation has been met in public with both admiration and suspicion, as people laud him for challenging hip-hop’s supposed norms while others suspect it to be nothing but a publicity stunt. I can’t say for sure either way. I’ve spent the last couple of week’s immersing myself in Ocean’s catalogue including “channel ORANGE

,” which found its release date pushed up to take advantage of Ocean’s name making waves – only further fueling the “publicity stunt” suspicions of many. When looking at Ocean’s lyrics though, they imply bisexuality as opposed to a stated preference either way. Many of his bootleg tracks were described as “guideline vocals” for female R&B singers he was a ghostwriter for. That obviously needs to be reconsidered. His vocals are often purposefully ambiguous, such as on the single “Thinkin Bout You”.

You really can’t read gender into that either way if you tried. Even the one use of the word “boy” is not a descriptive in context – it’s a either a declarative like saying “damn” or “whoa” or it’s self-referential as the one who is crying. Then again he does occasionally profess a preference, such as on “Pilot Jones,” where he seems to be crooning for a woman who takes him higher than even the most potent chronic:

“Tonight she came stumblin across my lawn, again
I just don’t know why, I keep on tryin to keep a grown woman sober
See there you go, reachin up your blouse
and no I don’t want a child
But I ain’t been touched in a whiiiile by the dealer
And the stoner, with the sweetest kiss I’ve ever known”

It wouldn’t be an Odd Future album though without some songs that are purely for their own amusement. “Super Rich Kids” featuring Earl Sweatshirt is one such track, backed with a pounding bass/piano combination and held together by Ocean interpolating “Real Love” by Mary J. Blige. Quoth Sweatshirt:

“Close your eyes for what you can’t imagine; we are the Xany gnashin
Caddy-smashing, bratty ass, he mad, he snatched his daddy’s Jag
And used the shit for batting practice, adamant and he thrashing
Purchasing crappy grams with half the hand of cash you handed
Panic and patch me up, pappy done latchkeyed us
Toyin with Raggy Anns and mammy done had enough
Brash as fuck, breaching all these aqueducts
Don’t believe us, treat us like we can’t erupt, yup”

Ocean is a freeform singer who doesn’t necessarily believe in rhymes and often doesn’t even seem to have a point, just wandering over the lush beats wherever his stream-of-consciousness takes him. Despite that, his drunken desire to throw himself off the roof in “Super Rich Kids” does betray the otherwise whimsical song as having a hidden message – you can’t buy happiness. When one considers whether the nature of his revelation is real or a stunt, one should consider the impact it will make on his own happiness now and in the future, as the Fred Phelpsian segment of society is a vocal and unpleasant reminder bigotry still exists in 2012. It shouldn’t be considered “brave” to come out, and yet the very homophobia his crew tosses around casually for shock value makes it so.

At the end of the day gay or straight all that really matters is his music, and “channel ORANGE” is filled with brave music. “Crack Rock” sounds like the narrative to a blaxploitation film about the man pouring drugs into the inner cities. “Pink Matter” featuring Andre 3000 has multiple layers of entendre for listeners to unravel. “Forrest Gump” is probably the song that most directly deals with his feelings toward men, although some self-described geniuses have tried to interpret his vocals as seeing Forrest through his girl Jenny’s eyes. Nice try – I’m not buying it. Ocean’s declaration of nervousness in the song may be the same he felt when coming out to his friends and family. He has nothing to fear though. He’s the singer in demand right now, and his bold vocal tone recalls Prince Rogers Nelson in his prime, to the point a cover of “Purple Rain” would not be unwarranted. So really – who cares what his gender preference is anyway? Just keep singing Frank. Keep on singing.