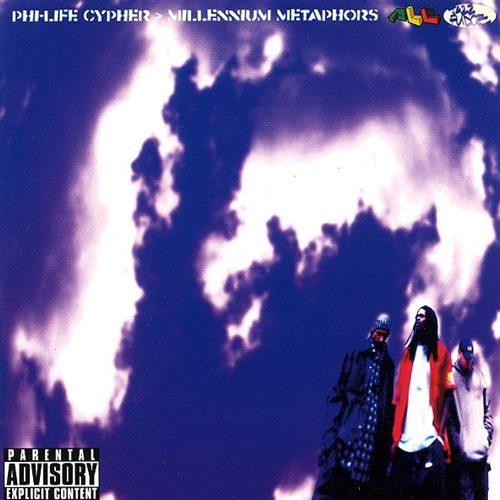 In 2008 RapReviews writer Jay Soul was so thrilled by the Olympic Summer Games he used them to describe the historic event in hip-hop that was Dr. Dre’s “The Chronic.” I had my reservations about the analogy, last but not least because I had become sceptical of athletic exploits as too many champions had turned out to be cheaters, and I feared the same from the two poster boys Jay mentioned by name in his piece, Usain Bolt and Michael Phelps. Watching the 2012 Olympics in London reminded me of the misgivings I had four years prior. I witnessed Bolt repeat his Beijing triumph, winning gold in the 100m, 200m and 4 x 100m relay, while Phelps made a remarkable return after a series of setbacks. Still their wins didn’t excite me, not because I wouldn’t like these guys or thought they were expected to win anyway or had already had their turn or suspect them to be doping offenders, but because I find the measure by which they’re judged simply too plain. I miss the higher ambition in a competition that only determines who swims, rows, cycles, or runs the fastest, who lifts the most weight, throws martial objects the farthest or jumps the longest or highest. I couldn’t even muster interest for the marathon, despite having finished the 42km a couple of times myself.

Instead I was intrigued by competitions I had so far ignored because they somehow seemed… well, unmanly. The feats displayed by artistic and rhythmic gymnasts were simply out of this world to my untrained eye. While endurance, speed and strength are essential to all athletic performances, there are sports that also require an extra degree of technique, strategy, concentration, timing, coordination, will power, collaboration, courage, aesthetic understanding, etc. In those sports we realize the potential of our species. Because when it comes to the basic performances mentioned earlier, we just can’t compete with animals. That’s why I think that when it comes to one of our capacities that set us apart from the animal kingdom – art – the 100m dash or the 100m butterfly are an inadequate analogy.

Most hip-hop heads would probably agree that martial arts and rapping have certain things in common, although that comparison also ends somewhere. Still sports are as good a metaphor for rap as any, particularly the way we stage them and the stories of triumph and tragedy that go with them. After all, isn’t the marathon held in honor of the messenger who died after running from Marathon to Athens to deliver the news of the Greek victory over the Persians? “The Chronic” isn’t the most complex piece of rap music. But it’s masterfully arranged, orchestrated and executed. And it’s a storybook. Just like the Olympics, who not only remain a significant event in our calendar, but also refer to a cultural heritage (Ancient Greece) that is still alive in today’s civilization. Though a modern reincarnation, they are based on legend and in turn create modern legends. As a German saying goes, you’re world champion for a year but Olympic champion for a lifetime. So maybe the comparison between a showdown of the sporting world and a legendary rap album isn’t that far fetched if they both bring out the best in athletes and artists. Scouring my collection for a CD that would connect the dots between London 2012, my little grudge against our “Chronic” review and this year’s UK Month at RapReviews, I came across Phi-Life Cypher’s “Millennium Metaphors.” Curiously enough, the album contains rare references to the Olympics. Apparently Phi-Life provide both the spark and the fuel for that eternal flame, claiming that what they “bring to the mic could ignite the Olympic torch,” or alternatively, that they write “lyrics that shine bright like Olympian torch light.” Plus they’re “steppin’ over heads with more speed and finesse than Olympic hurdlers” and “don’t cheat and take steroids like a gold medalist Chinese swimmer.” There are more sports-related remarks, including this vision of a sprint dream team: “I move fast like Frankie Fredericks in a 100 metres dash / pass the relay baton that be golden to Ato Boldon / Linford Christie to Michael Johnson, that’s how fast I smoke ’em.”

Phi-Life Cypher is the teaming of MC’s Si Phili and Life with DJ Nappa. Located in Luton, a town north of London, and releasing three albums so far, they’ve never been a major force in UK hip-hop, but they received a sizeable amount of props. 2000’s “Millennium Metaphors” was described as “glowing with clever wordplay,” “richly rewarding and musically inventive” and “one of the most promising debuts of the year” by the press. And indeed they make a strong first impression as typical verbal pugilists who wow the audience with fast flows, big words and tons of similes.

They’re “sicker than overcrowded clinics.” They make “the fittest rapper feel disabled.” They “use wack MC’s as stepping stones to get to microphones.” They beat “rappers to Pulp just like they name was Jarvis Cocker.” They’re “kickin’ better freestyles than inline skaters, BMXers, skateboarders, snowboarders.” They “don’t kick metaphors” they “kick metaFIVES.” They’re “rhymin’ soul patrollers, hieroglyphic high-rollers” who “spit unkillable syllables,” in other words “the type of shit to make a rapper think what’s the point of tryin’?” It all, according to them, adds up to “astronomical amounts of lyrics.”

Depending on your preferences, that either sounds totally awesome or awfully nerdy. Fact is that Si Phili and Life have a few things going for them that make the verbosity tolerable. They don’t fumble while “spittin’ the verbalistics” but navigate nimbly through their labyrinth of lyrics and DJ Nappa’s atmospheric, functional boom bap, most impressively on “A.B.C.,” where they turn reciting the alphabet into a tongue twisting excercise. More importantly, however, they have other fields of interest.

“Rhyme of the Times” delivers social commentary, the conspiracist premonitions being reinforced on “Crazy Balheads.” Other efforts are more clear and concise, but they too reveal a rather serious couple of rappers. “Class A Material” is a detailed track about the dangers of drugs, and even when they make the expected exception, they tackle their topic from a political angle. “Herbaholics” provides arguments that go beyond the simple ‘Legalize it’ slogan:

“Alcohol causes kidney damage and liver cirrhosis
Marijuana’s been known for curin’ multiple sclerosis
My diagnosis is that it doesn’t cause psychosis
only some people suffer with a case of halitosis
[…]
It’s absurd, we can buy alcohol in any off-license
then walk around paralytic and causin’ violence
Seem like tyrants beatin’ up on family members
wakin’ up in the morning, no, he can’t even remember
Yo, this is fact that I’ve written
Alcohol causes 75% of the violence that be in Britain
Spittin’ lyrical fact to the Jack Straw
tellin’ him that it’s wise that he legalize the draw
with metaphors and medical evidence
showin’ him that marijuana be runnin’ from the mansions to the tenements”

“Fatcats” rings especially true with the 2010 scandals in mind where Members of Parliament shamelessly abused their privileges. A decade earlier PLC didn’t hold back, putting on blast “60-year old senile MPs with grey hair / fallin’ asleep in House of Commons chairs, wakin’ up to shout ‘Hear, hear!’ / They dine in fine restaurants and drink expensive wine / while we live on the bread line treated like scumbags and swines.” On “The Racists” they take on the right-wing extremist scene of the ’90s:

“It’s nearly 2000, still you tryina treat me like a bitch
with your racist politics, worse than Slobodan Milosevic
I’m walkin’ the streets and smell your bad vibes, hear your mad lies
spreadin’ propaganda, sayin’ black guys be bad guys
Givin’ fuel to the younger racists wearin’ jeans and braces
Combat 18 tattoos, Doctor Marten boots and shoes with red laces
[…]
But when you was poor, after the second World War, if I’m not mistaken
you wanted someone to clean your country up and sent for the Jamaicans
[…]
It’s an everyday basis, where I have to deal with a two-faced racist
talkin’ behind my back and in my face is singin’ my praises
When he talks to an Asian it’s the blacks that he can’t stand
and when he talks to the blacks it’s the people from Pakistan
I can’t overstand, all these radical race hatings
The BNP, the Chelsea Headhunters and Combat 18
They’re studyin’ ‘Mein Kampf’ and wearin’ fascist attire
gettin’ trained by the Ulster Freedom Fighters; all cease fire
They’re blowin’ us up with bombs in Brixton and Brick Lane
when they bomb the bag of nails they causin’ some sick pain”

Considering the numerous battle tracks, “Millennium Metaphors” shows a surprising ability to focus on topics. Without those reality checks it would be a rather artificial affair – much like those Olympic performances I marveled at this summer. Impressive to outsiders, but really only appraisable to insiders. At the risk of contradicting myself, there’s a relevance to who runs faster or who throws a javelin the farthest that is absent from synchronized swimming. Good rap music covers it both – the basic and the complex, the natural and the artful, reality and fantasy. “The Chronic” achieved that balance (think of how Rage, RBX and Kurupt foremost saw themselves as lyricists), while “Millennium Metaphors” merely switches between two extremes. At its best the debuting Phi-Life Cypher sounds like a British version of Channel Live, just a little bit faster and smarter. Or like a Kardinal Offishall who remembers that he has lyrical skills and something to say. But there are also the moments, and they keep coming, where Life and Phili blind the listener with their rap science that at a second glance isn’t all that sophisticated. If hip-hop was a triathlon, I would have told PLC to focus on the one event they have a realistic medal chance at and compete with routines like “Herbaholics” and “Class A Material.” That doesn’t mean that “A.B.C.” or “B.B.C.” don’t reveal very skilled performers, but they’re designed for a contest that leaves little room for debate, similarly to how no one ever ran the 100 metres faster than Usain Bolt.