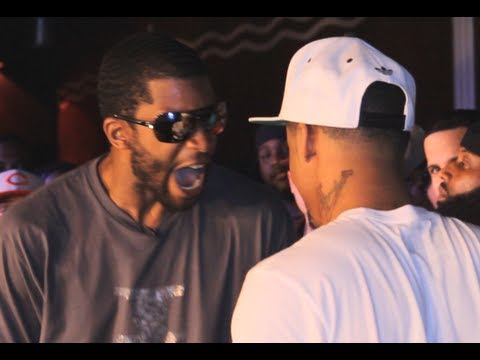 Hip-Hop & Election Season – Nobody Listens to Each Other

Hitting election season means we’re all deeply embroiled in yet another round of Democrats and Republicans yelling at, and about, each other, but rarely taking the time to listen to anything other than their own voices. This reminds me a lot of what’s become of hip-hop. We have two distinct groups of people, the mainstream and the underground, and rarely does one give the other the time of day. The true irony is, just like the Democrats and Republicans, the mainstream and the underground have a lot more in common than they think, and if they started listening to each other it would be better for everyone involved.

It would behoove underground artists to turn on the radio and figure out what makes mainstream hip-hop so popular (and if your answer is “because people are stupid” you should put down the mic now because you just insulted your entire potential audience). At the same time, it would be wise for mainstream acts to go to some underground hip-hop shows to figure out what makes those artists so respected.

At the moment, the mainstream and underground hip-hop scenes are, for the most part, painfully cliche. Both have their specific sounds, and both have their specific topics of discussion. This is why when Kanye West burst onto the scene, being just a tiny bit different from everybody else, he was so widely embraced. The same goes for Drake. They’re living, chart topping, proof that going ever so slightly outside the box can reap big rewards.

How many artists are willing to do this? Is it too comfortable in the box? Is it too easy for the underground to simply insult the radio, and for the mainstream to continue to make hits at the expense of their place in hip-hop history?

In the case of both hip-hop, and big time politics, it would be advantageous for both sides to listen and learn from each other, and the optimist in me hopes that happens some day, because it would make things a whole lot better for a whole lot of people.