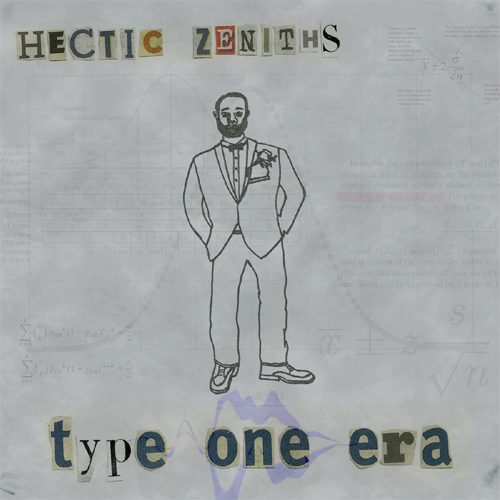 Hectic Zeniths is a project of Adam Morgan Smith, a producer, multi-instrumentalist, and math teacher from Philadelphia. He released his debut self-titled album last year, and has followed up with an EP.

His debut was largely recorded with other musicians, sampling, manipulating, and laying beats over live piano, violin, and drums. On this EP, Smith used a field recorder to record found sounds, and configures those sounds into heavily-altered samples. He also works with similarly altered instruments and vocals. The title track uses an exploding firework for bass, cracking ice for a snare, and a down-shifted sample of a marching band for part of the melody. Smith then chops up samples of his own piano playing alongside filtered vocals from Careful. It is a dense, layered, beautiful track that feels as intricately constructed and delicate as a house of cards. It has the warped R&B feel of James Blake mixed with the heavily filtered melancholy of Burial, all screwed down as if on a gallon of syrup.

The title is a play on “type I error,” referring to a false positive. According to Smith, a “Type One Era” refers to a certain period of your life when you think things will turn out a certain way but they donâ€™t. Smith got the idea from a book by J.D. Salinger about a wedding that didn’t end up happening. The song manages to capture that sense of lost chances and dreams deferred.

“Beau Geste” has a similar feel, and adds in a slowed-down crooner towards the end. “On Standby Part 1” is a detour from the slow and somber vibe of the first two songs. Instead, Smith goes for a more uptempo track that recalls the Field’s experimentation with repetition and looping. “On Standby Part 2” is a return to the found-sound aesthetic, with Smith seemingly layering on as many sounds and samples as he can without having the track completely fall apart.

The rest of the EP consists of a vocal version of “Beau Geste” with an MC not up to the task, and two different versions of “Beau Geste” and “Type One Era.” The filler doesn’t even matter, because Smith has managed to craft three excellent songs. “Type One Era” is the sound of an artist coming into his own, and hopefully just the beginning for Hectic Zeniths.