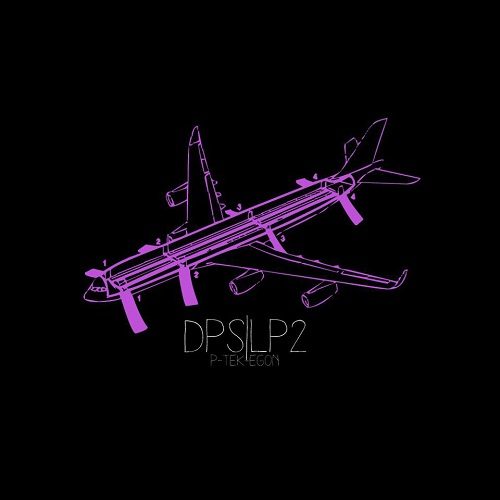 p-teK. p-teK? p-teK! I won’t lie, I had no good start to this review. Every now and then the well of digital ink just runs dry. It certainly hasn’t for this rapper though, who appears to have designed his own Bandpage to reflect his personal tastes, including some R. Crumb-esque background cartoons I can’t make heads or tails of. He probably wouldn’t mind being put in that category of weird though – the Austin by way of Iowa City rapper is definitely trying to stand out from the herd. He’s even something of an activist in his local hip-hop community, having founded a group called the Austin Mic Exchange last year. Laudable. Possibly even profitable. The best way to understand his strange though is “Bird Pie.”

“WAKE UP NOW! The world’s twitchy
Like when you think about spiders and you get itchy
See it’s the same thang, we just don’t know – the thought yet
Fingers on the pulse so I know when – to call it
To say hip-hop’s dead? Not yet, but que sera
Take it off’s your mating call, education later on
Praise Allah and pray to God I never see you make a song again
Because when you take a shot the king
you better make sure the safety’s off!”

I can safely say by the third track “Rubber” (produced by EGON, as are all the songs) that he sounds like the kind of artist that would be featured on The Adam B Experience meaning that he’s hip-hop but a little bit left of center. This works to his advantage, because he’s got a gruff delivery more than occasionally reminiscent of Minnesnowta rappers like Brother Ali and Slug, which may reflect the “Midwest ethos” his bio proudly proclaims. There’s definitely a tendency toward being avant garde and experimental. He goes straight up Prince on “Twistin’ That Knife,” strips down to barebones and beeps on “King of Cartoons,” invites Doc Brown to rap along on the non-Turtle inspired “Ninja Rap” and then pokes fun at TMNT on the next track “Turtles Don’t Do Drugs” – apparently an actual PSA they did back in the day. Above all p-teK loves collaborating though – check out his friends Dat Boy Supa and Marvelous Mike D on “Tin Men.”

I’m blown away by how much Marvelous Mike sounds like the Austin, Texas version of Twista, but that’s besides the point – his lyrics are dope. “You’ve been gettin a pass too long wit’cha ass craft/genetic metaphors, pleasin whores, I’m past that/tryin to raise the stock in my math like NASDAQ.” At the heart of “DPS|LP2” is a never-ending series of cameos, probabably from his compadres in the Austin Mic Exchange, and they each manage to be compelling. Names like Tee-Double (“Rubber”) and Nick Cruz (“The 5th Element”) may be unfamiliar but their passionate deliveries give the album a concrete base to stand on no matter how weird the beats get at times (and they are a bit trippy). This is one of those albums I have a hard time recommending for anybody other than people who like pharmaceutical enhancement, but I can say that Odd Future fans would get it – and I think Del the Funky Homosapien ones would feel P too.