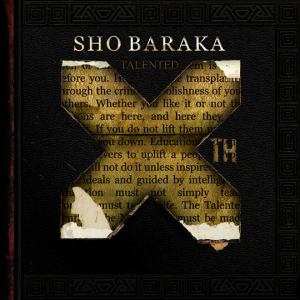 The beauty of hip hop is that there are artists for every taste and mood. Of course, the best emcees can cater to a variety of different styles, but at its essence, hip hop is documenting your life and thoughts alongside some kicks and snares. That is a generalisation that doesn’t really serve any purpose but to highlight that Christian hip hop is one of the least accessible entries in the sub-genre. There is always a time and place for aggressive music, or listening to a real lyrical rapper, but you have got to be pretty fanatical about religion to want to hear it heavily featured in your hip hop. I believe in God myself but am not a practicing Christian, and have no interest in the Bible and attending church every week. I also know many Christians that do these things, but most certainly don’t listen to music revolving around their faith. So whilst this review isn’t going to convert non-believers, it should be pointed out that to those of a more spiritual persuasion, you’ll likely take more away from the rhymes than I did. That’s not to say Sho Baraka isn’t godly on the mic, but he proves to be a good emcee by releasing a Christian hip hop album that tries hard not to dwell on its religious material. Benefitting from raw, crashing production that possesses a tribal quality, particularly on the controversial “Jim Crow”, Sho delivers an accessible album let down by the odd self-indulgence.

Similar in style to fellow preacher Brother Ali, “Mahalia” is a confident piece that wouldn’t sound out of place on the radio had the content been less about Christianity. The production often stands out, most notably on “Peter Pan”, a more traditional Kev Brown-influenced number you could imagine Blu rocking to. “Denzel” sees Sho Baraka mocking â€˜swag’ rappers, and when not talking religion is where Sho excels most. The lyrical content isn’t what lets “Madoff” down, but the spoken word manner it is delivered, thankfully saved by a great Caribbean-infused chorus. The album closer “Nicodemus” may well be the pick of the bunch, a real goosebump production from J.R. that fails lyrically due to being so engulfed in biblical references that it feels like a church reading:

“You’re the passover and Priest, Prophet and Sovereign King
New song that we sing the Shepherd and Prince of Peace
You’re the Lord over the galaxies, powers and principalities
Head of the family, Savior of all humanity
Perfect Innocent Martyr, Bread and Livin’ Water
True image of the father, Lamb led to slaughter
In Genesis we were severed driven from Your presence
In Revelations we’ll be baskin’ in Your glory and essence”

If you want a well-produced piece of modern hip hop with a strong Christian message, you’ll do well to top this, but for the less devout, the rhymes are too focussed and take away from what could have been a great record for everybody.