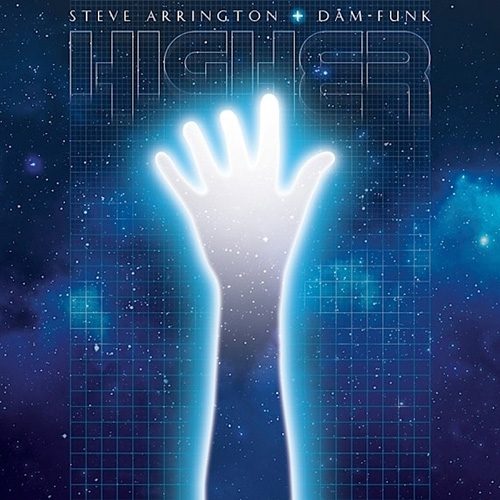 You might recognize Steve Arrington as the drummer and singer of  Ohio funk band Slave. They had big hits with “Touch of Love” and “Snap Shot” in the early late 70s and early 80s. Arrington left the band in 1982 to have a solo career. In 1984 he found God, and by 1991 had quit the music industry altogether to devote his life to his faith. He never forgot about music, and in the mid-2000s he played drums with some Christian bands. This led him to release his first solo album in two decades, 2009’s “Pure Thang.” That album got the attention of funkmeister Dam Funk, who reached out to Steve Arrington about collaborating.

It may seem a little odd that a 50-year-old minister is releasing an album on indie hip-hop label Stones Throw. It makes more sense once you learn that label head Peanut Butter Wolf met Dam Funk after Dam saw Wolf DJing 80s funk at a party in the early 2000s, well before 1980s funk became cool. Dam gave Wolf a rare bootleg of a  Slave live performance, and a friendship and musical collaboration was born. Dam’s 2009 album “Toeachizown” was a throwback to the days of shoulder pads and Jehri curls. Who better for Dam to collaborate with than with one of the OG funk singers?

If you’ve listened to “Toeachizown,” you have an idea of what “Higher” sounds like. Dam is devoted to 80s electro funk and R&B, but not slavishly so (no pun intended). He loves the sound and gear of that period, but throws in contemporary elements as well. His studio is full of drum machines and synthesizers from the 80s as well as Macbooks loaded with Protools and other current equipment. Synth swells, farting bass, and digital handclaps are all over “Higher.”

I was afraid that, given Arrington has spent the last two decades as a minister, “Higher” would be kind of square. I was not prepared for how freaky and weird the album is. Not freaky in the sexual sense; there’s nothing on “Higher” that would offend his parishioners, and the lyrics are all positive and uplifting. He’s largely singing about his love of music, and funk in particular. He talk-sings much of the album in an affected “owww” funk voice, not unlike George Clinton or Cameo’s Larry Blackmon. On album opener “I Be Goin’ Hard,” Arrington sings

“I Be Goin’ Hard” is a great song, and fulfills the promise of the Arrington/Dam Funk pairing. Dam manages to capture the sound of early 80s g-funk in all its sequined glory, and Arrington channels the period. It sounds like a lost Slave b-side. There are several other songs on “Higher” that approach the greatness of “I Be Goin’ Hard,” even if they don’t quite match it. “I Be Trippin'” is another solid funk song; “Do You Feel Me” is a slow jam that is just the right amount of cheesy; and the pleading “Hear Me Kockin'” all deliver.

While the album has some good songs, as a whole it doesn’t totally work. Some of the songs are weird messes. Arrington is often off-tempo, and his warbling about the funk and intergalactic novas is as bizarre as it sounds. Half the time it sounds like he is making up the lyrics as he sings them. His vocals on “Tap That” sound like they were actually phoned in, with pauses that are not so much about dramatic effect but to give him time to think of what to sing next. Same with “Magnificent,” a song about beautiful woman:

It sounds like a lot of “Higher” was improvised, as if Dam and Arrington came up with the tracks by jamming in the studio. It also sounds like they were so excited about working together that they felt like everything they did was gold, which led to them including things that might have been better left as demos. A lot of the songs have the same mid-tempo, which lends a plodding feel to the album.

That’s not to say that I didn’t enjoy “Higher.” It truly does capture mid-eighties R&B, and its the kind of record you want to blast in your convertible cruising the streets of L.A. Arrington and Dam deserve credit for taking chances and getting freaky. It’s too bad they didn’t spend more time polishing this so that it could be a great album instead of a pretty good one.