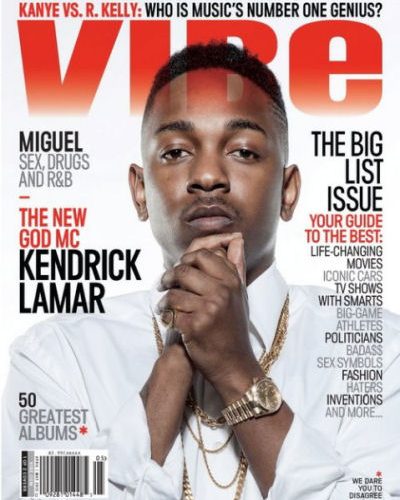 The Greatness Problem In Hip-Hop

Kendrick Lamar set the internet on fire last week when he, a California native, released a song proclaiming himself the king of New York. In the song he name dropped J. Cole, Big K.R.I.T., Wale, Pusha T, Meek Mill, A$AP Rocky, Drake, Big Sean (whose song “Control” he rapped over), Jay Electronica (who was on the track with Kendrick), Tyler The Creator, and Mac Miller, saying he was trying to murder them (lyrically, of course).

Having never been enamored with Kendrick Lamar, or the vast majority of the artists he named, my basic feeling was this was a mediocre rapper calling out a bunch of other mediocre rappers. When I said this on Facebook, however, on a day when Kendrick Lamar was the main topic of conversation (which isn’t that often being that the day after he released the song his highest charting effort on the iTunes singles chart was at #80), it resulted in a number of confrontations. Those confrontations made me realize something about hip-hop – we’re too quick to bestow the tag of greatness on artists.

In one conversation where I said I felt Kendrick, and the artists he mentioned, were, for the most part, mediocre, an interesting response I received was that I must be comparing them to guys like Jay Z, Nas, and Rakim. Even though I don’t necessarily agree with those three being a holy trinity of greatness, yes, those are exactly the kind of emcees I was comparing them to, because if someone is going to claim an artist is great, that artist should be able to fit in nicely with other great emcees, their name shouldn’t stick out like a sore thumb and make you say, “that one doesn’t belong there,” or “that one doesn’t belong there YET.”

That “yet” is really important, and it leads us to a word we don’t use very much in hip-hop anymore. That word is potential. As hip-hop fans we’re so starved for the next big thing that as soon as we hear one quality verse from someone, or one album that piques our interest, we’re quick to label that artist great (yes, I’m calling out everyone who tried to sell us on Papoose). In reality, the vast majority of those artists aren’t great, they have the POTENTIAL to be great.

When Vibe magazine puts Kendrick on their cover, deeming him “The New God MC,” and MTV releases their annual “Hottest Emcees In The Game” list, what they’re doing is helping the masses accept quick fixes for the culture, rather than embracing continued growth.

Artists like Kendrick, and Big Sean aren’t great, but they have the POTENTIAL to be great. Let’s give them five to ten years, let’s see how they grow, let’s see what they do. By calling them great now we’re basically saying they don’t have to grow as artists. Our parents used to tell us coffee would stunt our growth, but so does being labeled great too early in a career. It leads to complacency. Very few people try hard if they don’t have to.

Outkast wasn’t revered until their third album, at which point they had spent nearly half a decade in the public eye, at least as far as the hip-hop community was concerned. That’s a pretty good timetable. At that point they had gone from being good southern rappers, to being something truly unique and special.

A small part of me thinks even Kendrick recognizes his true place in hip-hop right now, which is why the list of names he reeled off didn’t include Jay Z, Nas, Eminem, Kanye, Macklemore, T.I., Lil’ Wayne, Rick Ross, or anyone else who’s considered to be at the top of the game, with the possible exception of Drake, who is an easy target because everyone considers him one of the softest rappers of his generation. Kendrick may have been claiming to be “the king of New York” in order to get a rise out of people, but when it came to his hit list, he wasn’t barking at the big dogs, he was staying on his own side of the kennel. Personally, I respect him more for that than any one line he said on the entire song.

So the next time an emcee kicks a dope verse, or releases a fantastic album, let’s call the verse great, or the album great, and recognize that the artist has the potential for greatness, but until it doesn’t seem awkward, or uncomfortable, to see his, or her, name on a list with the greats of hip-hop, let’s not deem the artist great. Not only does it cheapen the concept of greatness, it might even stunt the artist’s growth in such a way as to make it so he, or she, never actually reaches that level.