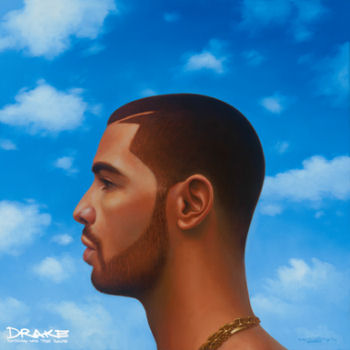 Drake :: Nothing Was the Same

After the epic “Take Care” – which spawned countless singles, mottos, hashtags, memes and probably babies – his third album title makes another bold statement in a similar vein to his debut, this time declaring that “Nothing Was the Same”. In reality, it ends up being more a case of “Same Same But Different”. Similar formula, different structure. A few tweaks, very few radio singles. It won’t sell in droves, but it will cement his reputation (the last point is far more valuable when you’re basically competing with yourself right now). The Canadian applies lashings of mystery and intrigue, effectively locking you in his car while driving you around to places he used to go, pointing at people he used to know. However, at no point does he unlock the door, step out and explain the story. Ladies and gentlemen, welcome to Drake’s world. Your tour guide is Drake, talking mysteriously about Drake.

It’s at this crucial juncture that he risks becoming so self-aware that he loses self-awareness; the point where instead of actually drawing you into his life, he just talks about himself for hours. It’s wonderful that he seems to be so giving of himself, opening up and expressing his deepest emotions, something that takes others years to understand: but having listened extensively, you’d be forgiven for not having absorbed much at all. He’s a master of the #HumbleBrag and while it may seem that he’s deep and shit, with a hidden backstory that’s so fascinating, looking strong but scarred, it’s actually just a way to seduce you (like the scene in “Phone Shop” below where the guys are trying to teach Newman how to impress a female target). Sometimes you get the feeling that Drake stands in his bathroom listening to “Man in the Mirror” just staring at his own reflection for hours on end thinking about how mysterious he is, with his hands in ‘praying’ formation like an early-90’s R&B singer. (How much time is this writer spending on the intro?)

The album itself draws on the vibe of “Take Care” but Drake seems particularly interested in creating a watertight structure, one that is leaner and significantly tighter with far less excess. It’s a well-crafted puzzle, aided and abetted by that now familiar ‘open text’ writing style that he continues to perfect with panache – both more personal, yet wonderfully vague. You have to connect the dots, and that’s half the fun (a trait shared with Nas on tracks like “Silent Murder” and “Last Real Nigga Alive”). Incidentally, the Nas comparisons – in terms of influence amongst other things – are concrete, and it would have been better to see the two doubling up instead of hearing Jay Z on the album closer.

Drake is just fine on his own (there are no guest rappers until the final song/bonuses), but the guest singers have always helped – there are frustratingly few here, with JhenÃ© Aiko and Sampha providing the only notable chorus assists on, by no coincidence, two of the best tracks. For the first time, the familiar Drake/”40″ double act starts to stutter. At times, Drizzy himself doesn’t sound quite as energised, but – tellingly – the tracks with “outsiders” tend to be home runs. “Tuscan Leather” is split into three separate instrumentals, and the second track is divvied up into another two – it’s an interesting experiment but ends up akin to pressing the “Preview All” button on iTunes and getting a deluge of 90 second clips. It also cruelly cuts short one of the best moments: the incredibly classy “Furthest Thing”. Released at the beginning of 2013, the raucous “Started From The Bottom” still sounds fresh enough to fit in well and is followed up by another one-two. Drake calling a track “Wu-Tang Forever” was epic trolling of the highest order (regardless of whether any Wu lads end up on a remix) and it’s an intelligently balanced tune that leads seamlessly into a future concert anthem for the ladies, “Own It”.

The first questionable moment arrives in the form of the interesting but arguably misplaced “Worst Behaviour” (the relentless chant of “Motherfuckers never loved us!” gets a tad tedious). Although we may never have heard Drake in this capacity – swearing so much, shouting, so ballsy he spits half of Ma$e’s verse on “Mo Money” like it’s Hip Hop Karaoke night in London – it kills the vibe, and could just as easily have been subbed for the more straightforward but effective “All Me”. “From Time” hints at that “Take Care” sound perfectly, before the massive crossover single “Hold On, We’re Going Home” electric slides onto the dance floor with some much needed pep (it may sound completely out of step with the rest of NWTS but it’s a necessary evil). The final third, while containing magical moments like “Too Much” otherwise doesn’t hit the previous heights as an audible tinge of fatigue enters the fray. That malaise extends to Jay Z’s predictable verse on “Pound Cake” whereas Drake casually destroys it with aplomb. The bonus cuts, unfortunately, prove to be stronger than much of the album – although, as with “All Me”, they may well be a touch more vanilla, at least they have more of a unified purpose within their own confines.

When push comes to shove, there is much to like about “Nothing Was the Same” – but that’s as far as it goes. There are standout songs, but on “Take Care” there were outstanding passages (e.g. Track 1 up to and including Kendrick). It continues that vibe successfully, and it feels bizarre to call this inferior – it’s clearly a step forward in multiple ways. Drake is probably a victim of his own success, but he’s used the album format as a safety net. The vibe isn’t even unified, as “Hold On” was clearly shoehorned into the middle section, and NWTS could have done with more anthems like “Started From The Bottom” alongside more beautifully subdued cuts like “From Time”. Even “Too Much” hints at that fascinating final act of his sophomore, but this time finds itself surrounded by a far weaker run-in. Has he become the king who never leaves his castle?

I used to be mates with a guy who had a very set group of friends – four of them, and that was it (literally “no new friends” allowed). At first, it was intriguing to wonder what went on behind that iron curtain, hoping that I’d be afforded a glimpse. When I eventually did, however, they were so wrapped up in their own little world; it immediately proved to be sinfully dull and shattered the entire illusion. This is why collaboration is essential in music and life – to work with different producers, singers and rappers, or even to branch outside of your tight-knit social circle and experience different things to the norm. Drake is so convinced it’s a strength that it ends up a weakness (Nicki Minaj recently alluded to this in an interview). He is the best at what he does, but there is a point when what he does stops being relevant. That crossroads feels close. He is communicating his message more effectively than ever; the problem is the message itself. The album cover may as well be a 1000-piece jigsaw, and the LP ends up reflecting this (the first two tracks contain a dizzying five instrumentals) – make no mistake, “Nothing Was the Same” is a good album, occasionally great, but sometimes you end up yearning for more of those epic Drake SONGS, of which there aren’t nearly enough.

Drake :: Nothing Was the Same
7Overall Score
Music7
Lyrics7