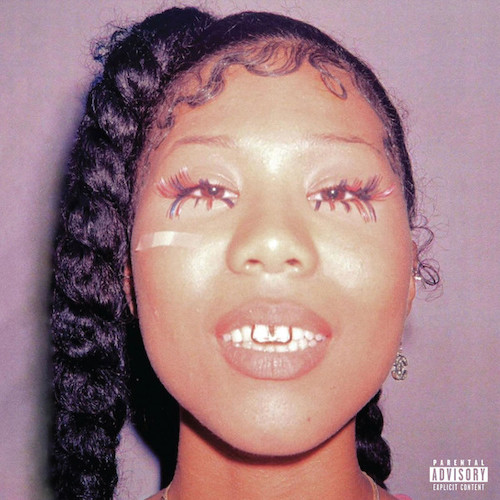 That’s Suki Baby. Telling you who is on the cover of Drake & 21 Savage’s “Her Loss” off the top is probably good for engagement, but I only know that because I hit up a search engine for the same reason. I’ve found over the years that if I’m wondering about something enough to look it up, the odds are better than not that I’m not the only one. The other thing people are undoubtedly looking up about “Her Loss” is what Drake had to say about Megan Thee Stallion.

“This bitch lie ’bout gettin shots but she still a stallion
She don’t even get the joke, but she still smilin
Every night +Late Night+ like I’m Jimmy Fallon
Cro shoot from anywhere like he Ray Allen”

If you don’t know about what happened between Tory Lanez and Megan that punchline might have been completely irrelevant to you. Megan is 100% aware of what he meant though and took it as personally as you’d expect. Now let’s be real about it — this is part of the game. Always has been, always will be. Rappers have been subtweeting other rappers since before some musky dude bought the platform. I’m not saying accusing her of lying is nice. I’m also not saying it was nice when O’Shea Jackson accused Eric Wright of sharing a bank account with Jerry Heller. Rappers say shit to be funny. Sometimes it is, sometimes it isn’t. People catch feelings about it. That usually results in the beef going viral and the artist doing more units. The best way for Megan to run game on Drake is to release a track on her next project throwing shade right back and bank off him the way he did her.

You might not have expected Drake to be a feminist after shading one of the most successful women in rap today, but “Spin Bout U” shows that as always Drake is full of contradictions. On one hand he’s talking about making “one phone call” to make a lady famous, implying that’s all anyone of the opposite sex wants from him. In the same song though he’s talking about “niggaz putting hands on ya” and how wrong that is, and for a Canadian with no stake in it he’s got some strong views about what the Supreme Court did in the U.S.

“Damn, just turned on the news
and seen that men who never got pussy in school
are makin laws about what women can do
I gotta protect ya
I’m a made man, tied in, all the way baby
so I gotta respect ya”

Good on him for saying it. Showing more respect for women in other ways other than on record would also be welcome. If you’ve noticed we’re not talking about 21 Savage much though it’s not a coincidence. I took a stopwatch to “Hours In Silence” and his verse on the track was exactly 28 seconds long. The song itself is well over six minutes long — 6:39 in fact — so I went ahead and did the math. 28/399 = 7%. 21 Savage is only on 7% of the song, and he’s AutoTuned to boot.

There are some songs on “Her Loss” that he’s not even on 7% of — “Middle of the Ocean” and “I Guess It’s Fuck Me” just to name two. I’m not even mad about it if 21 can bank off songs he’s not even on by how many units an album where he shares billing with Drake will move. The songs where they share a more equal footing like “On BS” are fun, although that one features a weird and unnecessarily extra long outro with someone bragging about being “Birdman in Paris.” It should have been segmented into a skit or interlude between songs.

The real question regardless of who did what or how much is whether or not this is a good album. Well it’s a better Drake album than “Honestly, Nevermind” so that’s a plus. It’s not a better 21 album than “I Am > I Was” or “Issa” though so that’s a minus. If you split the difference you wind up with an average album. There are a few joints I’d care to play more than once. “Treacherous Twins” has a nice bass bottom and the kind of Drake and 21 singing that’s easily imitable. “More M’s” has that classic Metro Boomin sound that makes it the most +Savage+ song on the album quite literally. It’s playing to the audience that the Isley Brothers are sampled on “Privileged Rappers” but I appreciate it. The best thing I can say here is that I didn’t hate “Her Loss,” but I wanted a more equal partnership and not an album where 21 feels like Drake’s little brother he occasionally passes the ball to.