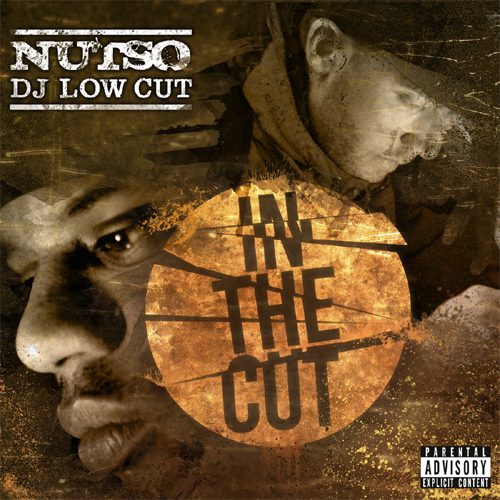 Nowadays, Europe seems to be the place for underground rappers to search out that “New York sound”. Has New York really lost its identity that much that emcees are more likely to log on to their PCs and laptops to find producers that provide the thumping, hardened style the Big Apple is renowned for, rather than make connections in their own neighbourhood? Are these overseas beatsmiths charging less than Americans? Or is NYC moving on from the standard street sounds it used to be the market leader in? Given the current lack of a relevant mainstream rapper that hails from the city (Jay-Z excluded), Kendrick Lamar was right in his message to New York’s scene. The emergence of Joey Bada$$ and A$AP Rocky has been great but they aren’t quite making the money their names may suggest. Long gone are the times of LL Cool J, Nas, Biggie, DMX, Mobb Deep and countless others, where hardcore rhyming was part of the appeal to the public. Yet despite the constant stream of hardcore rappers emanating from the city, a good deal of production is now handled by Europeans. The likes of Endemic, Alterbeats, Snowgoons, Shuko, DJ Soulclap, DJ Brans, The Returners, Beat Butcha and now DJ Low Cut, all provide much of their work to New York emcees. It’s no secret that Europe is still in love with the New York sound â€“ you only have to look at how regularly 90s rappers tour there â€“ but despite the fact many of these producers have skills, there are inevitably some that feel like copycats. DJ Low Cut is similar in ways to DJ Brans, who produced Wyld Bunch’s latest effort “Unbreakable”, in that he can often provide a genuinely hard, thumping backdrop for an emcee, but it does all get a bit samey.

This is in part down to Nutso, an average emcee at best who spends his time on the mic constantly throwing down cocky statements of how gangsta he is. I’m a firm believer in hip hop with content, despite having an unhealthy affection for some straight up headnod shit, but the problem with Nutso’s rhyming on “In the Cut” isn’t so much in the delivery (although this is often scruffy) but in the hollow threats that encompass every song. Granted, this is only eight tracks in length (it clocks in at ten tracks, but two are interludes), but it would be nice to deviate at least once. “No Room For Snitches” kicks off the record with a heavy beat from Low Cut, and with a cameo from Dirt Platoon (including a member who sounds eerily like Fat Joe) it is a decent slice of hardcore hip hop. Unfortunately, as each song goes by, none of them are memorable. Hollow threats and sub-par rhyming can be heard on “Shut ‘Em Down” and “Homicide Blocks”, both full of gun talk although the latter does have C-Rayz Walz throw some nice lines in to try and keep the listener awake. It’s not so much that the record is boring, but ultimately played out, with “Fuck You” utilising another promising beat but with talk of “effin’ your moms” and a curse-laden hook (that has been done before, and better by 50 Cent and Pharaohe Monch), it borders on cringeworthy.

“Lock and Load” is a catchy effort with a sinister backdrop, but FT is the only emcee onboard with any air of individuality. DJ Low Cut’s scratches of Big L are undeniably dope, but just make the listener want to stick some classic Lamont Coleman on. “Grand Scheme” is a confused piece of Mafioso-rap, where the word Mafioso is mentioned yet the song is nothing of the sort. It acts as nothing more than a statement that Nutso and Timeless Truth make derivative gangsta rap, with no evidence of the poetic way a Kool G Rap or a Raekwon describe and embody their cinematic styles. The only criminal activity on show is numerous threats to use weaponry if anybody tries to steal from them, yet this is simply a case of bearing arms when confronted. It’s redundant, and the video only backs up the amateur nature of the song.

DJ Low Cut does his thing, and although his time is shortlived on “In the Cut”, there are enough nice beats to consider he will move on to bigger and better projects. The problem with this record lies in the rapping. The fact Nutso has enlisted at least thirteen guest verses for an eight-song record only highlights his limitations. There’s no character here, few hot lines and even fewer examples of dope rhyming. Cadence, flow and technical ability have been sacrificed for energy and attitude, both of which are regularly usurped by Low Cut’s scratching ability. The difference between a good copycat, boom bap record like Wyld Bunch’s “Unbreakable” and this, is that Wyld Bunch is at least likable, and a competent emcee. He brought in underground heavyweight emcees who added to the record, and at least threw in some remixes of each track. “In the Cut” is not only poor value for money, but poor hip hop overall despite Low Cut’s ability to craft a rugged beat.