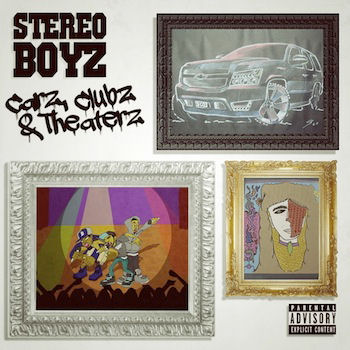 I’m always happy when rappers go out of their way to rep Detroit given that I lived in Eastern Michigan for a while and still have family and friends out there. I still remember when you could go in stores and find Eminem’s “Infinite” on vinyl before Aftermath/Interscope had them all pulled and destroyed. At times I feel conflicted when reviewing albums from the D knowing I may have a little bias, until I remember that I’ve seen live shows and bought music from Illinois to Florida, from New York to Texas – and I have fond memories of all of those places even though I never stayed for more than a week. Hip-Hop is after all a global language – that’s what the whole “UK Month” at RR is meant to be a reminder of.

If anything though I may have higher expectations of Detroit rappers, just because I know the untapped potential that resides within, and the suffering of the residents who lived through the decline of the auto industry. Motown turned into a low town, and though the occasional Stanley Cup victory can raise hopes, the economic realities and boarded up houses are still there. I want rappers from the D to go harder, to do more, to be better – not just for themselves but for everybody who doesn’t get that chance. I feel like the caller in the opening skit of “Carz, Clubz & Theaterz” who says he appreciates anybody who takes Detroit, puts it on their back and tries to carry it. That’s one heavy ass fucking burden.

Ultimately I think my affection for the D and higher expectations from the D lead to a healthy balance, and last time I checked in with Mixo and Mic Audio on “Live from the Ghettoblaster” that came out perfectly. I feel what the Stereo Boyz are trying to do, but I want them to do it better. They are doing their part to answer that on the extremely dense “CC&T” release – nearly 80 minutes of music in total. That makes it virtually impossible to write something worthwhile about all 24 songs, but it doesn’t stop me from highlighting dope tracks like “Paper Stackz,” which bangs out piano like Mixo and Audio just joined M.O.P.

Mixo is heavy on the production this time around, doing all but four of the tracks, and his production technique is very solid on this offering. I’m not sure how he cleared the Cher samples on “Money Down,” but I like how he chopped it up. “Belle Isle (Beaches)” is as mellow as the name implies, complete with audible waves washing up on the song’s shores. Perhaps the Middle East influence of “Snake Charm” was predictable, but that doesn’t mean it wasn’t well executed. It’s “EveryBody Noise” with Shoua Kue and Stereo Crew that best exemplifies the sound though – capturing the spirit of the city and perhaps even the ghost of the late great Dilla.

And now comes the point where I have to point out that 24 tracks is too many for all but the most amazing rappers and producers to pull off without falling off at some point. Obviously we can knock out 4 useless entries right off the bat – an intro and 3 skits. Then there’s “RayBanz,” which is technically sound but never gets more profound than “tomorrow’s not promised us.” I get the feeling “Rubber Band (Bounce)” was meant to be their club song, but their attempt to actually imitate an instrument made out of rubber bands for the beat/melody just irritates the ears. “Ha Ha Ha (LOL Pt. 2)” takes almost a minute to get started – get to the point yo. “Ninja Star” is just a hot mess period.

The biggest problem with “Carz, Clubz & Theaterz” is simply that it’s bloated. Even though the Stereo Boyz continue to improve musically and lyrically, one of the most important improvements they can make is to know when NOT to rock. They’ve set their vision high, touring all the way to Amsterdam and back again, but may have let those highs cloud their vision. A concise musical statement is in the immortal words of Gary Grice twice as strong as one that’s long. If they could learn to reign in their own excesses then I’d be able to appreciate their vision for Detroit even more – but right now artists like Big Sean are carrying the city while S.B. find themselves in a supporting role.