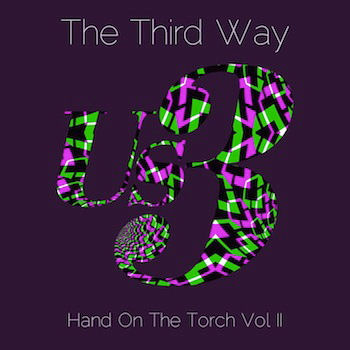 It’s our annual tradition at RapReviews to declare October “UK Month” and shine a spotlight on England’s criminally slept on rap scene – well slept on in the States at least but not in Europe or the rest of the world. Of course it doesn’t hurt that a couple of our writers are “across the pond” nor that I have more than a passing interest in BBC TV programs. A lot of people who were introduced to Us3 in the early 1990’s though probably didn’t realize it was a British export – the brainchild of London-based super producer Geoff Wilkinson. He wasn’t the first and certainly not the last to successfully fuse jazz and rap, but “Hand on the Torch” had the inside track given the unfettered access Wilkinson was given to the vaults of Blue Note Records. A classic was born, and thanks to the rap lyrics of Rahsaan Kelly on their crossover hit single “Cantaloop,” it sounded thoroughly American.

Wilkinson has had a lot of collaborators on a lot of different versions of Us3 in the years since, making him the only integral and defining aspect of the group. It would even be fair to say that Us3 is Wilkinson’s alter ego. He’s brought back some old friends from the 1990’s for “The Third Way” though, which isn’t surprising given the album’s subtitle is “Hand on the Torch Vol. II.” Kelly is nowhere to be found though, and in fact the one reference to the name in recent years is of a deranged man from Brooklyn accosting bus passengers with a screwdriver. I want to think the name is a coincidence, but I really can’t say either way. Instead the return collaborators here are the equally American sounding KCB, and the distinctively London-via-Jamaican stylings of Tukka Yoot. You can hear both on “Never Go Back.”

While the album may reference old times and old themes, we can happily report there’s no “Cantaloop Part II.” Wilkinson has also changed up his game from back in the day, preferring to interpolate and recreate the jazz greats instead of sampling them directly. For that reason you can hear everything from Duke Ellington’s “It Don’t Mean a Thing If It Ain’t Got That Swing” to Dizzy Gillespie’s “Manteca” on the album, but the jazz flows as opposed to being constricted – artists working in tandem with the emcees and vice versa. The results are at times simply spectacular, as when rapper Akil Dasan spits free form verses over the uptempo and aptly named “Be Bop Thing.” The late great Keith Elam would approve.

The line-up changes throughout the CD, but the only song you can hear all three spitters on together is “What Would You Do?” It rides a stand-up bass beautifully, horns accenting the breaks but not taking the focus off the snappy beat and crispy drums. Even though the song is about your last day on Earth, it’s anything BUT a mournful tune – it’s a celebratory exultation of pure joy. The bass is a more aggressive and protestive note on “Keep Your Head Right (Keep Your Fist Tight)” – while Akil Dasan and KCB make you want to fight the powers that be. There are very few times in the 60 minutes of the album that I feel ambivalent about – each evokes a head-nodding or face-smiling response. From Tukka Yoot’s brash “If You’ve Got It Flaunt It” to the futuristic funk and piano of Akil Dasan’s “Beautiful,” it’s safe to say Geoff Wilkinson and “The Third Way” hit all the right notes.