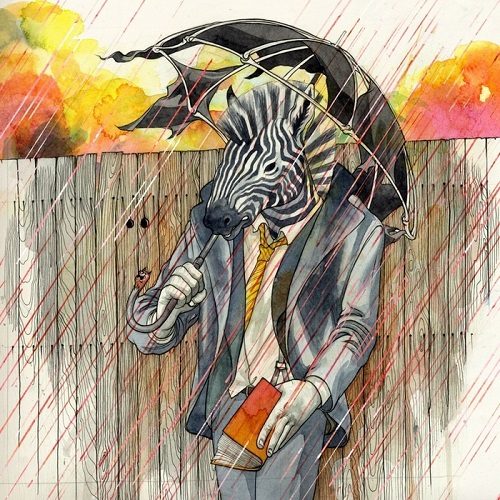 Louis Logic :: Look on the Blight Side

Louis Logic once seemed on the cusp of conquering rap’s cult market for immature and offensive rhymes. Social commentary gives us a warm fuzzy for the future of humanity, but Logic’s intentionally over the top songs like “Freak Show” and “The Ugly Truth” showed us a darker and more acerbic human condition. Logic mined pain and loneliness for laughs, letting his friends humiliate him on wax, and humiliating himself if they weren’t there to help. Along the way he shamelessly riffed on everything from alcoholism to racism in his own unique fashion. After the aptly named “Misery Loves Comedy” though he seemed to go even further underground than he already was, surfacing for a 2009 EP and in 2010 with a compilation collaboration. Filling an album with other artists only seemed to confirm his desire to avoid the limelight.

In 2013 though Louis Logic has finally shaken the grip of the demons that have plagued him. “Look on the Blight Side” finds our traveling gypsy of labels settling on the grassy knoll of Fake Four, ready to aim his lyrical ammunition at the world. For those who feel he’s been hidden away for too long, the biggest complaint may be that it’s not enough – he’s only dropping 10 songs in just under the span of 40 minutes. It’s enough though because Logic sheds all pretense of ego and strips himself naked – an artistic and personal honesty that may make his listeners uncomfortable in a wholly new way. Logic used to use his cleverness to shock and awe, but the title track of “Look on the Blight Side” shows a deep pain bubbling up to the surface in what one only hopes is a therapeutic way:

“You could get out of bed – but what for?
Sittin on the couch instead scratchin your nuts raw
You’re runnin out of meds for your lovelorn heart
but they won’t accept your card at the drugstore
And what’s more, the pills don’t help
And of course they won’t prescribe enough to kill oneself
You found the one store in New York whose pharmacist
is running an honest biz…”

Logic is on a personal journey this time, and takes chances that by his own admission make “Blight Side” a non-traditional rap record. “Big Fish Eat the Little Fish” places as much emphasis on his singing as his rapping, and there’s a folk music feel with dark overtones of a world where life isn’t fair. It’s as though Louis Logic is trying to be rap’s version of Shannon Hoon (R.I.P.) meets Bob Dylan – who dabbled in rap a little bit himself. Logic’s still got his acerbic wit, but “The Joke’s On You” has his gear shifting flow making America take a look in the mirror. “Is anyone happier? Did you find enrichment/with more than folks before, but you’re just doing more crying and bitchin?” Despite attempts to look away, he stares in the mirror and cries out “I’m not okay! This is not alright!” It’s harrowing, but it’s real.

“Look on the Blight Side” draws to a close with the melancholy “Leaving Again,” which may seem to be another statement of Logic’s withdrawal from the mainstream. It may be a self-fulfilling prophecy. By his own confession Logic got sick and tired of being great and only playing for small crowds while lesser rappers rose to acclaim and prominence. This is not an album to change that status quo though – this is an album to give it a full on and potentially embarrassing hug that lingers too long. Logic no longer wants to be the dopest rapper you never heard of – he just wants to be the most honest. Given he’s now on a label full of like-minded misfits and eclectics, “Look on the Blight Side” fits both him and them like a glove, and that may be the best news of all – he doesn’t have to be a loner any more. That may just encourage him to be a little more prodigious.