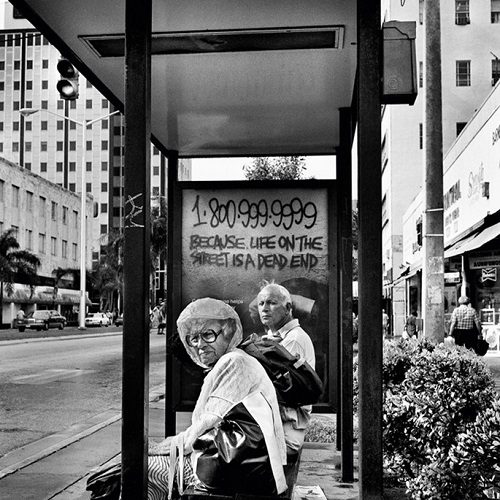 Andy Stott’s 2012 album “Luxury Problems” helped me survive becoming a parent last year. The combination of dub and ambient music helped to calm my nerves and make me feel human during what my wife and I term “the dark days” of having a newborn in the house. Being woken up four times a night, trying to function on five interrupted hours of sleep, and having a slightly colic baby scream for an hour every evening for no reason are rough on your system. Andy Stott’s music helped to soothe me when I was up at 2am praying for just a few more hours of sleep. “Drop the Vowels,” Stott’s collaboration with fellow Brit and labelmate Miles Whitaker, is less suited for relaxation.

“Drop the Vowels,” like most of the releases on Britain’s Modern Love label, has a monochrome album cover that is indicative of the monochrome sound of the album. “Drop the Vowels” feels like it was constructed using shades of grey. Everything is filtered through a haze of distortion and bass. The album has the DIY and edgy feel of an anarcho-punk album, a genre which also favored black and white album sleeves.

The album transitions between drum n’ bass, trap, ambient music, house, dub, and techno. Most of the tracks are infused with warm waves of bass, but peppered with bursts of static and noise. It starts off with a sample of Middle Eastern drumming and chanting on “GIFF RIFF,” before transitioning to a series of seemingly random percussion elements that eventually assemble into a pattern. “Stay Ugly” could almost be pretty if it wasn’t saturated in layers of distortion. Both “Temper Tantrum” and the title track all experiment with drum n’ bass. They tweak the template, however, repeating drums until they sound like gun shots, or focusing just on the wobbling bass notes.

The centerpiece of the album is “Corrosive,” Millie & Andrea’s take on trap music. They mix the snapping drums, 808s and hi-hats with sighing synths, giving the song a somber feel. Halfway through they introduce a stuttering drum n’ bass beat, and then meld that back on top of the trap drums. It’s a disorienting and exhilarating song that keeps the listener guessing where the duo are taking them next.

“Back Down” is closest to Stott’s solo work. It starts with washes of bass and synthesizers over which a drum beat is slowly constructed. Like most of the songs on “Drop the Vowels,” it is both pretty and unsettling. It draws you in with its throbbing rhythm, only to keep you on edge with the unpredictable and distorted beat. It’s almost as if Miles and Stott were trying to mess with listeners, giving them something that feels familiar and then turning it on its head. It makes “Drop the Vowels” an interesting but challenging album, and one that’s hard to place. it’s too upbeat and discordant to be chillout music, but it is too weird and unpredictable to be dance music. I can’t see “Drop the Vowels” being much comfort at 3am when I’m trying to get a baby to bed, but it’s an interesting and often rewarding album that’s worth seeking out.