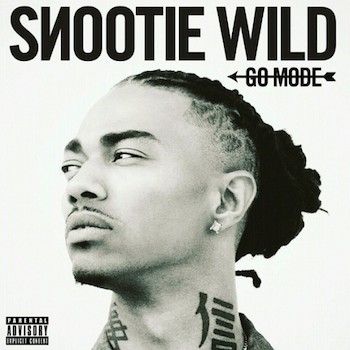 Snootie Wild has been handpicked byYo Gotti to be the future of his Collective Music Group imprint. On a surface level the connection is obvious since both artists hail from Memphis, and not surprisingly Gotti appears on two tracks from his retail “Go Mode” release. It’s certainly not the worst idea for Gotti to parlay his sudden success of late into a fledgling music empire, given he’s been around since the early 2000’s and only recently gained some mainstream notoriety. Cash in while you can and plan for the future.

What is mildly surprising is how quickly Snootie’s track “Yayo” blew up commercially. The K. Figz track didn’t strike me as anything particularly special – nor anything terrible either. It featured the same trademarks as most of what’s popping lately – machine gun drums, heavy piano keys, a repetitive melody and instrumental dropouts to punctuate the punchlines. I’m not sure I’d punctuate lines like “Moving weight like Macho/I be eating nacho/cheese, guapo” though.

I’ve gone over the six tracks of Snootie’s “Go Mode” forward and backward trying to figure out what makes him stand our lyrically or musically from his peers. The constant vocal pitch tuning and manipulation makes him sound like Future and if you’re going to rock Future you might as well stick with the original and not a carbon copy. The verbiage isn’t any different from what’s charting and hitting in the scene from other trap rappers. Take “Made Me” for example:

“Hundred, fifty, twenties… all I see is paper
Smokin on Jamaica – you get wrong you meet your maker
Poppin bottles, shout out to my haters
You my motivator, that’s why we be motivated”

Snootie’s rhyme schemes tend toward the basic and banal. “Paper, hater, later.” “Best, impressed, finesse.” “Yayo, say so, oh no.” If you listen to these 22 minutes enough times and find somebody shopping around trap beats, you can probably buy a few and use AutoTune to make yourself a Snootie Wild track. Keep it real simple: “I get so much money/it’s not even funny/you be countin ones/I be stackin hunn’ies.” There you go.

Snootie isn’t really that Wild – he’s tame – a safe example of what’s currently trending in hip-hop. He doesn’t break new ground, he doesn’t innovate, and “She’s a Keeper” with August Alsina and Gotti is completely interchangeable with anybody else on the scene. You could do this same track with Gucci Mane and Future, same beat, and it wouldn’t sound the least bit different. It’s not that any of this is unpleasant to listen to – it’s just creatively bankrupt.