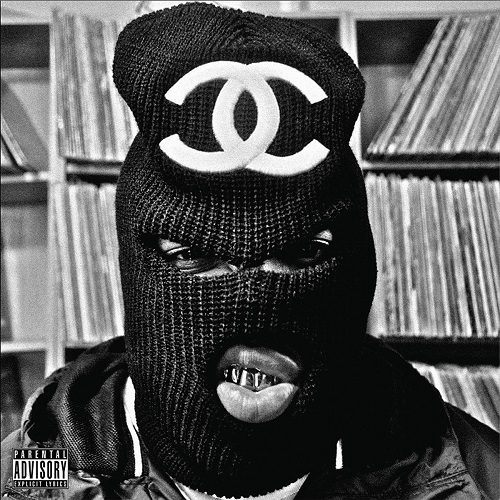 Everybody’s used to hyperbole when it comes to new rap artists and new hip-hop albums. It’s routine for emcees to be described as “the next Shawn Carter” or “the next Tupac Shakur.” The comparisons are meant to evoke the idea that said young’un can achieve the same level of commercial success and hardcore hip-hop respect, because it’s easy to have one or the other and awfully rare to have both. It’s also fair to say very few people called “the next Christopher Wallace” or anything like it come CLOSE to justifying the comparison. It ultimately renders what should be rarely used and highly sought after praise as utterly meaningless.

Westside Gunn’s hype compares him to Raekwon the Chef and the classic “Cuban Linx'” album we all know and love in the press release. There’s no doubt that’s a large serving of hyperbole, but it stands out for picking an artist known for influencing OTHER artists. Though “Cuban Linx” would eventually go on to sell over a million units in the nearly two decades since its release, the artists referenced in the first paragraph woud sell a million in the first MONTH and go multi-platinum in the first YEAR. Raekwon the Chef metriculated his way to a platinum plaque while reinventing rap slanguage, creating a new lane for New York artists to drive down and reinforcing the notion that the Wu-Tang Clan collective was the cutting edge of rap music. He certainly evokes Rae in the intro of “Me and My Eagle”: “Aiyyo, aiyyo… luxurious fly shit…”

The vocal tone couldn’t be more different though. While Raekwon was known for his deep raspy “politic ditto” delivery, Westside Gunn sounds like he swallowed a tank full of helium and then had Madlib tune it up a pitch or two. He’s definitely got the accent though – and kept it even though he moved from Buffalo, New York to Atlanta, Georgia. On “Messhall Talk” he winds up coming off like a curiously addictive mixture of Raekwon, AZ and Action Bronson – or as he says “bear witness to the flyest mu’fucka living.”

He’s certainly got the braggadocious swag of a mid-1990’s Wu-Tang solo album: “Biggest chain you ever seen on/gettin my Kareem on” while referencing Godfather films and bragging that his “mentality is like Escobar.” He punctuates the end of the above track with a sample of The Sopranos, firmly cementing what his influences are – it’s the mob life and the gangster rap pioneers of the East coast. At times it’s easy to imagine he’s what a pre-teen Kool G. Rap would have sounded like, right down to the lisp. Once you get used to the vocal tone, it’s easy to lose yourself in the smooth grooves of tracks like “City, Sos & Me.”

Westside Gunn respects his peers from the 1980’s as well as the 90’s, naming one of his piano tinged tracks “Eric B.” It actually reminds me how many times I had to explain to my friends and even people who should have known better (record store employees for example) that Eric was the producer/deejay and RAKIM was the rapper. Anyway Gunn also turns out to be a pro wrestling fan. You could excuse his tag team duet “Hall & Nash” with Conway as a coincidence, but the end of his opening track “Mkqueens Dead” features a snippet of the ever-boastful ‘Nature Boy’ Ric Flair bragging about his extravagant expensive attire. If you’re going to model yourself after 1990’s era Wu that’s a good route to go too – they often stuck in lines about grapplers like ‘Superfly’ Jimmy Snuka and Ken Patera into their tracks.

The odd title of Westside Gunn’s “Hitler Wears Hermes Deluxe” seems like the last piece of his Raekwon-esque puzzle, creating a riddle wrapped in an enigmatic mystery, while referncing expensive luxury fashion only the most successful rapper (or street entrepreneur) could afford. It’s fair to say Westside gained a new fan even if I’ll probably never understand why one of history’s most evil men would rock luxury goods from Paris. Maybe it evokes the urban legend that Von Dutch was racist and that wearing the brand named after him makes you one too. There are plenty of examples of racism in the fashion industry though – you don’t have to be obscure.

There can be no doubt as to Gunn’s influences after hearing the end of “Big L & Half A Mil.” The rappers named tell part of the story, but the straight up jack of Ghost & Rae’s “Motherless Child” tells the rest. I don’t know if WestsideGunn can succeed to Raekwon’s level given the vocal tone – but solid production and a style that was worth imitating don’t hurt him. If you listened to him and thought he was the lost member of the Clan who lived too far from Staten Island or Brooklyn to be part of the fam, you couldn’t be blamed.