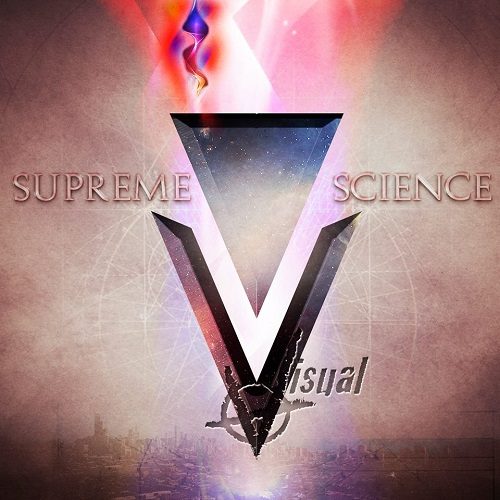 A characteristic of contemporary rap is its lack of life experience. These days aspiring rappers often have a very vague outlook on life, and if they do know where they want to go, you can tell they don’t really know how to get there. That’s totally understandable, especially when we consider the sheer youth of these artists and how the internet presents them with a world of (phantom) possibilities. Thinking back, it perhaps wouldn’t have been all that different in the ’90s were it not for the era’s specific styles, which automatically put a lot of the new music into an adult context. So-called conscious and gangsta rap made a lot of MC’s seem wise beyond their years simply by dealing with existential themes such as violence, poverty, imprisonment, death, faith, etc.

Chicago representative VISUAL has been around long enough to remember those days, in fact there’s a peculiar undertone to his latest release, “Supreme Science,” that points back to that time. There are hints that he spent some time under the spiritual guidance of the Five-Percent Nation, which can seem like a bit of a paradox considering his white skin. At the same time he mentions his Hispanic heritage, and after being born in the United States, he spent his earliest years in Mexico. Bottomline, VISUAL has perhaps a wider horizon than your average unsigned type.

His sense of reality is especially apparent in “The Dream Is Free” where him and Chi-Town vet JUICE bring dreamers back down to earth. Their Boogie Down Productions interpolation goes, “The dream is free – but this life cost money,” but the entire song is a wake-up call, counting the brilliant cautionary verse from JUICE. Musically the track stands out as the most offensively modern with squeaking synths and loud drums, while sole producer Loose Canon opts for soulful soundscapes elsewhere. “Intro” immediately establishes the link to similar modern manifestations of spiritual street rap (think Seven Gems) via female hums and Ghostface scratches. The following title track gives off a slight Asian vibe while VISUAL’s gritty performance recalls New York Latino artists like Joell Ortiz and Immortal Technique.

While not on their level of lyricism, VISUAL possesses a convincing tone that he puts to good use for his mission and ministry. Witness the verve with which he distinguishes himself from others on “YOU,” his determination matched by heavy but slick drums topped by ethereal vocal loops. The Masta Ace-sampling “Watch What the Devil Gets” is just as purposeful:

“God’s on my side, so watch what the devil gets
Look, I stay schemin’ with righteous intelligence
I do it for a reason, never for the hell of it
Moves are so natural, verses so heaven-sent
I’m gathering intelligence, give my people messages
Time will not wait, so I’m tryina get the best of it
Heaven-sent, slay the devilish with my eloquence
Five Percent represent, 7 and the Crescent
The devil is a liar, and God’s on my side
Flip a 6-6-6 to a 9-9-9
Don’t matter Jesus Christ, Buddha or Allah
360 on these demons till the day that I die”

The short release stays on course for the remainder. The “Separate” beat might as well be ten years old with is sped up vocals, but “Thyself” and “Greatness” see Loose Canon practice more timeless hip-hop production methods. The spiritual vibe intensifies with each track, culminating in the orchestral incantation “Greatness.” Frequently inspirational and emotionally rewarding, “Supreme Science” is a solid rap release that doesn’t try to be more than it is. The added value comes in the form of VISUAL’s work and other ethics. He comes across like a clever guy who knows how to get something out of modest means. The maximum effect is not yet reached – a handful of well-chosen guests, an even more personal approach, an ingenious song idea, an irresistible beat or two could take VISUAL to the next level.