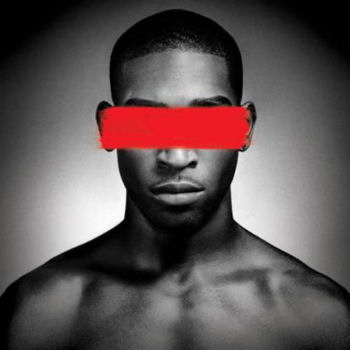 Let me be honest, dear Reader. I bought Tinie Tempah’s most recent album when it was released almost exactly one year ago. It then, quite literally, became lodged into the CD player of my car, meaning it has been listened to… A lot. In fact, I damn near wrote the car off just so the CD might eject. Fortunately, the advent of the “Aux In” option restored my sanity, and revisiting “Demonstration” in light of UK month on RapReviews has been a more pleasurable experience than initially feared. Twelve months also gives a decent amount of perspective to Tinie’s frequently troubled sophomore joint.

His stellar debut “Disc-Overy” was jam-packed with hits, and set the bar unreasonably high. Unfortunately, “Demonstration” proves to be a weird juxtaposition of trying to repeat parts of what worked, whilst ignoring what actually hit the mark – this can be neatly summed up in one word… Labrinth. The singer/producer gave incredible energy to Tempah’s debut, and while he produces a couple of tracks (the sombre “It’s OK” and the marvellous “Lover Not a Fighter”), it pales in comparison to certified smashes like “Pass Out”, “Frisky” and “Wonderman”. It’s pure conjecture, but it comes across as if he’s been put to one side so that Tempah’s success can’t be put down primarily to Labrinth (kind of like how people used to put M.I.A.’s success down to Diplo).

It doesn’t help that the track-listing makes little sense. The aforementioned Labrinth-helmed tracks should clearly have been swapped around – with the quirky “Lover” following up an excellent opening trio of equally energetic songs. “Someday” is reminiscent of “Holy Grail”, with a broody opening that leads into stadium anthem territory; Diplo laces the cheeky “Trampoline” featuring an alright verse from 2 Chainz; and the pick of the bunch is “Don’t Sell Out” – a perfect instrumental combines with THE club-rap expert, and it’s possibly the best song on the whole LP. It’s a tragedy that it didn’t get pushed properly, being relegated to “Promotional Single” status.

Other notable tracks include “Children of the Sun” – a perfectly solid song, but nowhere near the epic level of “Written in the Stars”. The middle third is generally quite hit and miss, with clunky efforts like “Looking Down the Barrel” and “Witch Doctor” not helped by some forced rhymes from the star of the show. The lyrics undulate far too much, and render some songs almost unlistenable (there genuinely are too many examples to list). The final stretch is more emotionally driven, and it fares pretty well. “A Heart Can Save the World” is catchy is hell – unsurprising, since Emeli Sande and Naughty Boy team up with TT. The Coldplay-esque “Tears Run Dry” is pleasant background music, with a lovely lilting chorus. Paloma Faith turns up with an interesting hook on “Lost Ones”, harking back to the first proper track on Lauryn Hill’s “Miseducation…” LP. And Laura Mvula gives the album closer the right tone, even if it is followed up by a hidden track that somewhat ruins the effect.

Since this is UK month, it must be said that “Demonstration” represents the most accessible album of commercial hip hop for our American cousins. You’d press play and just “get it” instantly (and, yes, understand Tinie’s accent pretty easily). The problem is that he initially made it big by being unique, and his second long play is simply too deferential, too derivative and, well, this is what the Fear of Failure sounds like. The stakes were so high, the pressure was on and what makes him interesting was ironed out in favour of low risk, high percentage choruses. Couple that with a mixed bag of lyrics from the rapper himself, and you get a curiously crafted mess that contains a few great songs that you’ll end up loving, and lot of numbers that just weren’t bold enough or executed with confidence.