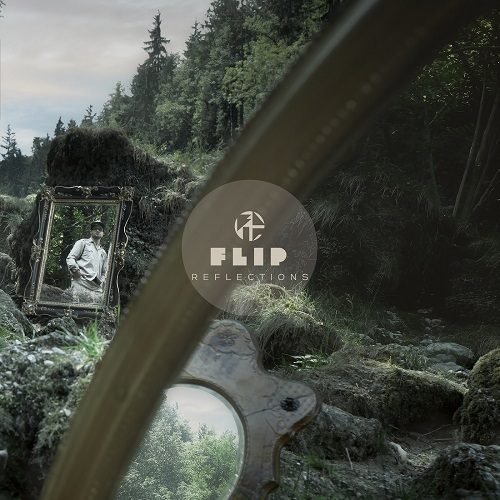 Unless you had the annual budget of a small country, you could not divise a more easily international format than the album that combines European producers and American rappers. Ideally, you get an experienced beatmaker with a solid local standing and a hand-picked guest list of MC’s with a global reputation, and together they communicate in the universal language of hip-hop across natural and man-made barriers, recording a powerful statement that resounds beyond the here and now. Although by now there must be over a hundred releases aiming for that ideal, I have yet to encounter it in real life. My hope is not to hear Kanye West or Jay-Z on such a record. As awesome as that would be, it wouldn’t quite feel right. These collections of music are the result of personal relationships, the give-and-take and the family spirit of international independent hip-hop. Organic, autonomous music. And yet, in general releases like that are surrounded by an air of unfulfilled potential and promises.

Flip has long been an agent on hip-hop’s service, helping shape the Austrian scene since 1993 as one fifth of Texta, where he doubles as producer and MC. As chance has it, his work has already been acknowledged on these pages, on the occasion of his solo debut “Umberto Ghetto.” Perhaps more interesting to non-German readers would have been his smart reinterpretations of rap classics with rapper Average, “Tuesday Classics.” To add to his busy schedule, Flip is also a longtime concert promoter in his hometown of Linz, a capacity that is undoubtedly the source of many contacts, some of which he likely parlayed into this first international project, “Reflections.”

Despite the not unproblematic previous history of transatlantic collaborations, “Reflections” is caught up in the same dilemma as many of its predecessors. Flip is so well versed in the production styles favored by his brand of guests that he forgets to bring something new to the table. There’s not one track here that I haven’t already heard in an only slightly different form. The ascending vocal loop in “Without Warning,” the intimate atmosphere created by snaps and sprinkles in “Dreaming,” the skewed synths and strings for the token dark/ominous track “Hip Hop at War,” the high-pitched soul sirens in “P.U.S.H.,” the barn-storming soul samples in “Do Sumthin,” the anthemic-borderline-angelic vibes of “Danke.” It’s a 14-track dÃ©jÃ  vu of established combinations of patterns and melodies.

The quality is there, no question. Flip even distinguishes himself from the pack with fresh, strong drums who dare to be loud, an element that is often criminally neglected by beatmakers who can’t look back on such a long career. Perhaps one way to do justice to “Reflections” is to judge it on its own claims. On “Umberto Ghetto,” there was an instrumental interlude called “Large Diamond Rock,” an obvious homage to the triumvirate of Large Professor, Diamond D and Pete Rock. The “Reflections Intro” samples their voices, including Diamond staples like “I got a thousand old records in my crib” and “Had to take hip-hop back to the essence.” There’s also a Nas quote speaking on behalf of Flip, asking to “let the music defuse all the tension.”

That’s precisely where “Reflections” succeeds. It’s music to defuse tension, or rather to harness, develop and transform it in a creative manner. Sounds like hip-hop – and it is. “Reflections” exists within the tradition of the past twenty years of East Coast (-inspired) hip-hop and it excels especially when it comes to the accurate arrangements and the drums. At the same time Flip plays it extremely safe. Even the experimental part of the album, the shimmering, minimalistic “Top Chillin,” the sturdy but melodical “Newagemotivationalmusic” and the updated and dramatized ’80s homage “3xDope” sound like copies of existing material.

Aside from such fundamental critique “Reflections” does most things right. Detroit reaffirms its strong standing in international hip-hop with the crushing “3xDope” featuring Phat Kat, Guilty Simpson and Big Tone, and with the more playful but still not-to-be-played-with “Without Warning” uniting frequent collaborators Elzhi and Phat Kat. Athletic Mic League also represents Michigan on the frantic but still homey “Do Sumthin.”

Marks of a good producer include being able to create convincing tracks even with modestly talented MC’s (Cymarshall Law and Skit Slams on “Hip Hop at War”) and not messing up the opportunity to work with greats (Edo.G on “P.U.S.H.”). Except for “Top Chillin” (one of the more pointless nods to the classic), there’s not one bad track on “Reflections,” and at least one can be called outstanding – “Dreaming” with A.G., the beat a delicately woven structure of only the finest melodical fabrics that suits the rapper’s reflective mood extremely well and helps highlight lyrical gems like “This throwback can’t be intercepted / I’m livin’ in the present” and

“To achieve the impossible
they told me to believe it is possible
Make sure that doubt is not a obstacle
And to hold it in my hand, I already saw it in my mind
I just told you my life – y’all thought it was a rhyme”

It’s not easy to rate a record like this. To what degree is the producer responsible for the rapper’s performance, for instance? Is it his fault that he’s stuck with folks that tour the indie circuit, who are not necessarily the most innovative and challenging rappers? Still Flip is the host and “Reflections” is his house. Not just the involved MC’s, their fans too will feel at home on it. But sometimes, especially as far as its most talented players are concerned, hip-hop is about more than just staging a party for the invited and initiated. Flip hasn’t put out a paint-by-numbers release. But he doesn’t color outside the lines either.