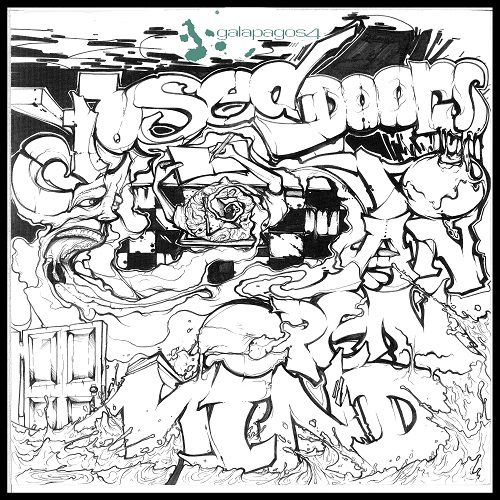 There are times when the world of underground hip-hop seems like a popular night club with a very stingy bouncer, arbitrarily deciding who gets in to appreciate the quality music hidden behind four soundproof walls. If you don’t have on the right gear, use the right codewords, or have a copy of “Funcrusher Plus” swinging from your neck on a fat gold chain you can be kicked to the curb. It’s not by accident – underground hip-hop fans can be purposefully insular out of a misplaced sense of loyalty to their favorite artists. The feeling is that too many people appreciating art will inherently change the artist, as they’ll get a major label deal or a swollen ego (Kanye West) and suddenly the music suffers.

The reality is that artists don’t release their music into a vacuum, hoping to remain forever poor just to maintain an aesthetic of artist integrity for fans who praise your skills but don’t step up to pay your bills. Every artist would like to move millions of units and not have to worry about how to pay the car note or the mortgage, but one of the few ways you can do it when you make rap that doesn’t sound like Future or Rae Sremmurd is to be vertically integrated. It’s possible to make a modest living in the underground if you own the entire process top to bottom – you make and sell the music yourself. It’s also a lot more work though. Major record labels may take 90-99% of the profits, but they make it enticing by doing all the legwork of manufacturing, distribution and promotion for you (then taking all of it back out of your advance).

If you think this sounds more like an editorial than an album review I apologize, but the point I’m trying to get across is simply this – Qwel since the Typical Cats first burst onto the scene in the early 2000’s. Knowing about Galapagos4 sometimes feels like being able to knock on that club door and hand off a secret password – you’re let inside to appreciate true quality hip-hop. The problem is that I DON’T want quality to be a secret. I know that every copy of an album sold by Galapagos4 goes right back into the pockets of the artists on the imprint. There are no music industry fat cats getting rich off their shit – it’s strictly going to the people who made it and deserve it.

Enter into that artistic realm Asphate, whose “Closed Doors to an Open Mind” arrived on our desk a week before its scheduled release date. He developed his reputation in the 1990’s as a battle rapper, then quietly released albums that even by underground standards could be considered underground. Let me put that in perspective for you – I love hip-hop in a way that’s inseperable from my heart and soul and I don’t own a single one of his records other than this one. Maybe I didn’t use the right password when I knocked on the door. If it’s a “better late than never” world though I’m happy to take that late pass and get up on Asphate, as I trust Galapagos4 to not put out some whack bullshit that I wouldn’t enjoy. Being a small imprint has the benefit of building up a relationship of trust with consumers, because you get the distinct impression the people involved would make art for art’s sake even if it DIDN’T sell, whereas a major label has a corporation and shareholders to answer to if something flops.

My bad – editorializing again. Asphate’s album is the kind of release that reinforces my faith in G4 in general and underground hip-hop that shouldn’t be obscure. I mean that – everybody should hear this record. “Silences Slight” is the kind of song that’s not just beats and rhymes, it’s a mood and a feeling. It wraps around you like a coat, making you feel warm and secure, a shield to ward off medocrity. Maker is famous for his collaborations with the aforementioned Qwel, but he clearly didn’t save his best for his bestie only, as Asphate flows fluidly and effortlessly to the beat in a style reminiscent of Aceyalone.

“Now why focus on my negative space?
Why does it matter if I’m tatting you with my name displaced?
But I ain’t mad at you, I complain to the same fate that you faced
before they captured you and mass-polluted the thought I thought I had of you
Pushed your latitude overseas, greeted you in a half moon
Peeped you in that train car, “Bizarre Ryde,” high noon…”

You can lose yourself in the poetry as he tells the story of a relationship that didn’t work, noting “I never ever saw you smile – doubt that you knew how.” He mines that pain deep in his soul as though he stabbed the ink pen into his vein, drew a deep pull, and wrote on the scrolls until the well ran dry. His raps are profoundly personal and “Meticulously Made.” The entire presentation is delivered in a no filler and no bullshit 10 track 44 minute format, so you have no chance to be underwhelmed/bored/unenthused. Collaborations are minimal and in-house (Qwel is on two tracks, Qwazaar and Hellsent on one) which again reflects the Galapagos4 philsophy of vertical integration – besides why go get dope guests when you’ve already got your own dopeness? There’s an undeniable headnod to tracks like “Impasse” and the instrumental “Open Mind,” but it’s different from what you typically (ha) perceive as boom bap. What I’m here to tell you is that these doors aren’t closed, there’s no password, and if you want to sample rap on an elevated level that’s not purposefully trying to be insular Asphate’s new album is a damn good place to start.