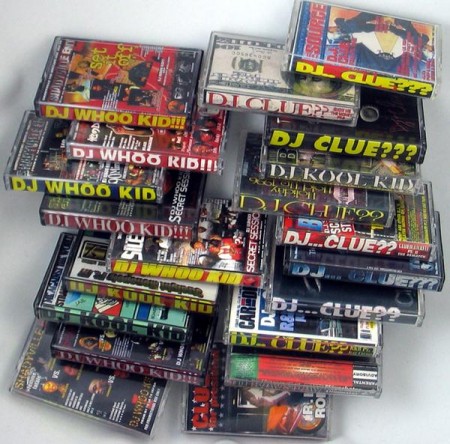 Four Things I Miss About The Mixtape Era

The other day I found an old DJ Clue mixtape, titled Show Me The Money Pt. 1, and decided to dust it off, and pop it into the tape deck in my car (yes, my car still has a tape deck). As I drove around listening to the mix I was transported back to when I first heard the tape, which was 1997, and how different a time it was for us as fans of hip-hop.

As an older head I know I’m part of a generation that likes claim the music we grew up with was better, but HOW we consumed the music played a huge role in our appreciation for, and knowledge of, what we were listening to. This is a realization I came to as I was cruising around with the windows down, and everything from “Hypnotize,” to “Crush On You,” to “T.O.N.Y,” to freestyles from Jay-Z, Sauce Money, and Ma$e were playing loudly from my speakers.

The medium can be nearly as important as the music.

We no longer have mixtapes. We haven’t had them for nearly 20 years. Sure, we had mix CDs, but those weren’t the same, as you could skip tracks, and now mixtapes are mostly compilation albums from unsigned artists.

With all that in mind, here are the four things I miss most about the mixtape era.

1. Music curation from a non-radio source

While the radio DJ has always been an important person when it comes to getting hip-hop to the people, in the mixtape era the radio DJ had direct competition from the mixtape DJ, and the mixtape DJ often scored songs well before they made their way to radio. This led to the mixtape DJ becoming a more trusted source for new music, and finding out what’s hot. Did we love that they yelled catchphrases over parts of the tracks? Not particularly, but we knew we were hearing the music FIRST. We also knew there was some quality control, as mixtape DJs actually chose the music they were playing, which is another reason why they became trusted sources. They were actual tastemakers.

2. The encapsulation of a moment in time

You know what happened when I popped in that mixtape from 1997? It took me back to 1997. It took me back to being a college student on Long Island. It took me back to when Biggie had just passed away, but still ruled NYC, and names like Lil’ Kim, The Lox, and Jay-Z were on the rise. It took me back dorm parties, and bad decisions with great people. It crammed an entire year of memories into a 90 minute mix. People spend a lot of time putting together Spotify playlists of the best songs from a certain year, but they never fully capture the magic of that year, because it’s not about the songs we remember most fondly, it’s about the songs that spark our most fond memories. Mixtapes made that happen.

3. A better chance for new artists to be heard

Many wanted, even expected, the internet to create a level playing field for up and coming artists. What they neglected to see was the level playing field in their tape deck. Mixtapes often featured a few unknown artists in the middle of all the acts that were hot. Sometimes these new artists were just friends of the DJ, but regardless of their actual status within hip-hop, the fact that they were on a mixtape that was on a cassette meant it was much more difficult to skip their tracks than had the mix been on a CD, or an internet download. The artist’s song, or freestyle, was going to be heard every time the tape was played, creating a much better chance that he, or she, would become known, or at least remembered.

Do you think it’s a coincidence that the death of the mixtape was followed by the disappearance of the freestyle? I’m not saying that emcees don’t have cyphers anymore, but back in the mixtape era a hot freestyle would be the kind of thing that could spark an interest in an artist. Now the only venues for freestyles that provide a wide audience are the radio, and YouTube. The problem with both of these is that, unlike with a mixtape, unless you’re already interested in an artist, you’re probably not going to check out their freestyle. Basically, freestyles have become something you have to seek out. Meanwhile, I know who Sauce Money is, and can quote Ma$e lines that were never on any albums, because their freestyles were on mixtapes that I played all the time.