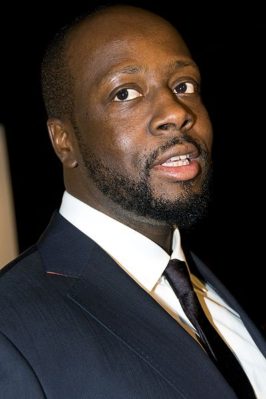 The top featured song for the start of this list is a bit of a chronological curiosity. Wyclef Jean’s “The Carnival” was released in 1997, the single “Gone Till November” was released in 1997, and the video itself was FILMED in 1997. Despite all of those things this video did not actually debut until early in 1998, so we technically have to consider it one of our fifteen important videos of ’98. I tried to shoe horn it into 1997 and just wasn’t comfortable with it, so here we are.

The thing that really sinks in to me is that this is the first year where we are truly past the deaths of two of hip-hop’s greatest icons and unfortunately biggest rivals – Tupac Shakur (2Pac) and Christopher Wallace (The Notorious B.I.G.), who passed away in 1996 and 1997 respectively. The fact they were both gunned down at the peak of their artistic prowess has had a ripple effect lasting to the present day, and not just in the number of posthumously released albums from each one (Shakur in particular). It has created a lasting debate about the nature of violence in pop culture, hip-hop music, urban communities and among rap artists.

It also created unfortunate police task forces which specifically targeted rap artists without actually having any beneficial effect in reducing violence. In fact the murder of Big L just a year later would be an unfortunate reminder that all this awareness had done nothing to actually solve the problem. In fact in 2015 gun violence is even more epidemic than ever, and yet the debate that gun owners need to have their second amendment rights protected has completely ignored the fact that nobody can even feel safe going to the movies any more. It should be clear that hip-hop can no longer be held accountable, not that it ever should have been, but that the economy and culture drive the art and its message about violence – not the other way around. Kinda makes you want to pack up your bags and be “Gone Till November” when hopefully America comes to its senses.