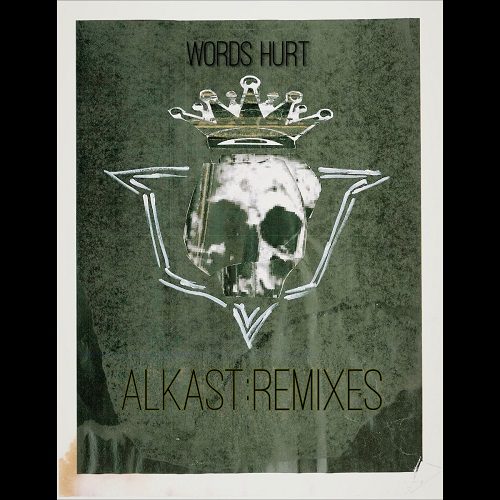 The easiest way to explain this album to you the reader is to explain it the same way it was to me. You might know ATOMS, f/k/a Atoms Family, and if you do well “Good news, everyone!!” This “ALKAST” album is direct continuation of that lineage, brought to you courtesy of Tim Baker (Alaska) and his production partner Lang Vo. It should be pointed out that Baker used the words “formerly of” when describing ATOMS, which I suppose means that group is now permanently on hiatus, which is a shame given “SANDS” was one of the upper echelon albums to come out in 2014. It is what it is though and life goes on.

I may have set my expectations a little narrower than necessary given my past track record with the Atoms Family and Alaska in general, meaning that I automatically assumed a certain sound and style of underground hip-hop music. Baker did try to warn me in advance though with these words:

“I think the sound we have created is one that trades on the traditions of the past without sounding like your dad lecturing you about participation trophies bringing down the country or like they are trying too hard to fit in.”

The part that I’m probably having trouble bending my head around though is the “REMIXES” part of the album title though, which may simply be an inside joke on Baker’s part, but if it’s not I’m clearly oblivious to the tracks he released between now and the last ATOMS album that are “remixed” here. If so I’d want to hear the original, because these songs are… challenging. Let’s take “Taking a Day” featuring Curly Castro for example, one of the album’s more accessible tracks.

The lyrics are humourous and enjoyable, with snaps like “Think I’ll pull an Eminem and steal a book from Dido,” but the instrumental starts out like the unpleasant sounds you get when you’re trying to hook up an old video game system and put the RCA plug for video into audio by mistake. It has some drum beats and bass layered on top of it to give it structure, and a chorus breakdown that’s pretty nice, but it still relies on variations of a theme for the 4:20 of the song, and that theme is each verse has one single note of noise being pushed in and out of an overtaxed amplifier. Someone didn’t ground the lines before the jack was plugged in and what we have here is a hip-hop interference loop. It’s creative to be sure but I don’t know if it’s enjoyable.

I said this was one of the MORE accessible songs though, which is why I have to point out that I can’t take “Take a Moment Pt. 1” for more than 30 seconds. I’m probably not in on the joke at the beginning of “Killers (Me and You)” featuring Elsphinx either, where neither rapper nor producer can figure out when to actually start the song. At least the instrumental doesn’t fry my ears. “Return of the Angst” featuring Zilla Rocca feels like a chopped up version of “Sittin’ on Chrome” so I can kinda rock with it for a little bit, but it’s not something I’d quickly repeat play – I’d have to take a long break before coming back to it again.

Evidence to the contrary aside, I don’t necessarily relish s–tting on albums, especially from people who I’ve had pleasant dealings with in the past. On the other hand I’d be doing Mr. Baker a disservice though, as well as the listening public, if I said “ALKAST:REMIXES” was an enjoyable experience. I’m sure it’s meant to push Alaska into the avant-garde of hip-hop, but he was already cutting edge and progressive to begin with, and now whatever lyrical depth I could mine from this work is drowned out by a lot of sound and fury signifying something I don’t enjoy. I’m not advocating he return to a past he’s moved on from, but I would say that trying something new doesn’t always work out, so I’ll just give him kudos for trying.