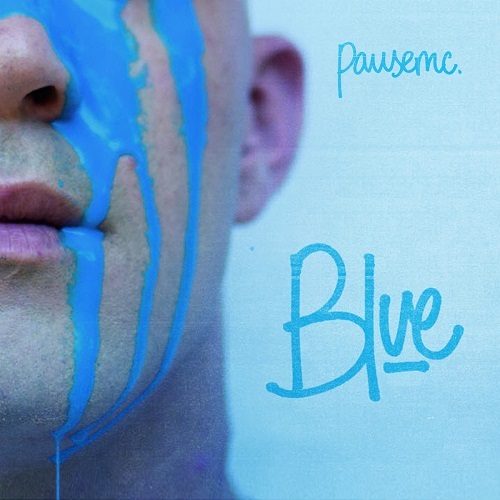 At first I wasn’t sure if this was the same Pause that I reviewed back in 2012, but the press release confirmed for me that this was indeed Daniel Kushnir. There are mysteries yet to solve though. I’ve tried resolving the record label listed in said same PR, but it leads me either to an imprint in Munich, Germany (I’m pretty sure it’s unrelated to hip-hop) or a record store specializing in vinyl in Buena Park, California. That one at least seems close since Kushnir was introduced to me as a CA emcee, but it wasn’t quite right either. I finally hit a home run on the third try but it really shouldn’t have been that hard.

This is a short release for pausemc f/k/a Pause – the emcee. It clocks in at under 18 minutes, which might just be less time than I spent trying to find his label’s website. I kid. The opening track and lead single is “Wait Until I Drop,” produced by Travis Margis, known for working with Sean Kingston and Jason Derulo. It’s probably no surprise then that the track has a laid back reggae x hip-hop vibe. It’s the kind of song you could kick back and sip a Corona with a lime to. pausemc describes it this way:

“I always dreamed of making songs that would live long after I’m dead
I used to pray to find a way to lay what I heard in my head
When Marshall showed me how to freak the MP I was blessed
My homies all was hyped, and my family all impressed – well
Move was moving West, ma I’m sorry for the stress
But I got something to prove and I’ma prove it with the best”

Margis continues to bring the noise and the funk on “Blue,” and it’s clear that pausemc chose well for this project. “Nowhere to Hide” featuring Kung Fu Vampire is the perfect mash up between hip-hop and hard rock horror, which may at times fool you into thinking it’s a Madchild track. “Build Up” crowns a new acronym for M.O.B. – “Music Over Bullets.” I dig it. “Roller Coaster” edges pause back toward rip rock hip-hop again. The guitars achieve maximum crunchiness on “Escape” but the track has more in common with dubstep than metal. It gives the chameleonic pausemc another transformation and makes him sound a little bit like Shawn Carter.

At times like these I wish I was 20 years younger and hadn’t reviewed thousands of albums in my lifetime, because I could more easily mark out for a project like “Blue” and see pausemc as the next big superstar. I’m not going to be able to do that though, because everything here is technically executed as well if not above the average you’d expect for an indie artist. pausemc has good beats and he doesn’t write terrible rhymes. He doesn’t drop punchlines just for the sake of proving how witty he is, he doesn’t brag about his status, and he’s not trying overly hard to “keep it real.” I respect everything about this project and I’m still forced to say “meh” to some degree, and that’s in part because pausemc IS so chameleonic. He sounds like everybody and that hurts because he doesn’t sound like anybody. I want a personality I can identify with – not an album that I’m pleasantly indifferent toward. “Blue” is a good effort though.