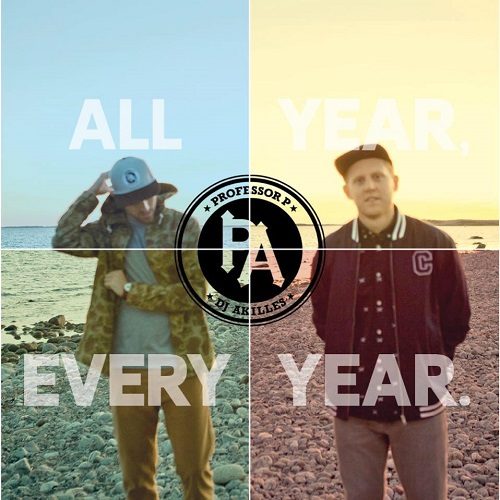 Released in four “seasonal” EPs, collecting them together and treating them as one LP ensures you’re receiving a high quality selection of tracks, almost as if the restrictive duration of each “season” has ensured a condensed the good stuff together. Remember The Diplomats? When guys like Jus Blaze and Heatmakerz were firing out them soul-sampling instrumentals that completely dominated the emcees? Well, Professor P and DJ Akilles have, and “So Amazing” is just as instantly fulfilling as a “Dipset Anthem” but instead of documenting how to deal drugs or the net value of pink Avirex, Pro P declares his love for Hip-Hop music, proving no other genre is as self-referential as this one.

It could be argued that Pro P rarely deviates from rapping about rapping, but he questions this on “The Real Me” responding to criticism that he only raps about rap. His argument is that it’s the love of his life, of course he raps about that. Unfortunately, this means there isn’t much variety lyrically, although this argument could be held for many artists who just sing about love, or rap about guns.

One track that I did find interesting is “The Interview” because you get to find something out about the duo. Pro P’s favorite emcees are Nas and Jay-Z, but he name-drops Rah Digga, Rapsody and MC Lyte which is refreshing, given how male-dominant these discussions usually are.

Of course, another reason why Rah Digga may be mentioned is because she pops up on “For The City”, a raucous collaboration that perfectly matches Digga’s in-your-face attitude. The thought of a Rah Digga project backed by Pro & Ak production is enough to get the Timberland boots out of the cupboard.

Despite enjoying Professor P’s rhymes for what they are, what makes this collection stand out is the crisp, chunky production, which comes courtesy of both DJ Akilles and Professor P. They have blossomed from good (sometimes generic) boom-bap stylings to a versatile, vicious outfit with a keen ear for the clean, Dilated Peoples style of production that gives them an LA twist, which is more than welcome given how many tribute acts there are for New York artists of yesteryear. If you found First Division’s “Overworked and Underpaid” LP rather hollow lyrically, this will fill the gap perfectly, with a superior selection of chest-pounding beats.