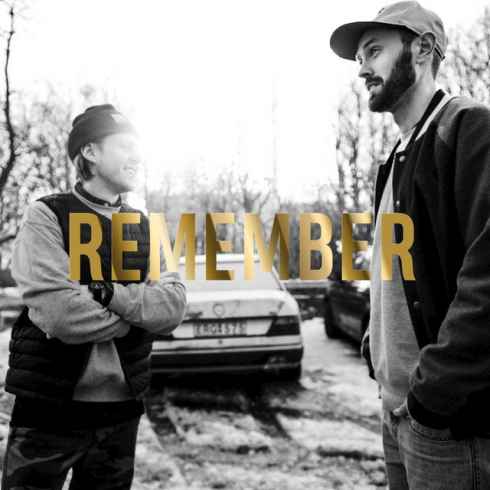 The Swedish duo affectionately known as Pro and Ak return with their third album (their last record was a collection of EPs), simply titled “Remember”. Their work is heavily influenced by 90s New York Hip Hop, and has attracted the likes of Masta Ace, Rah Digga and Sadat X. Pro has always been competent and certainly a student of the game; his technical qualities are hard to deny and it’s something that has markedly improved since the last time I wrote about their music. The selling point, and the reason you’ll be revisiting Pro and Ak, is the production and the fandom that runs throughout their records and “Remember” is both the best and worse of Pro and Ak.

2012’s “The Realism” was praised by yours truly, as was 2015’s “All Year, Every Year” and while it’s clear Professor P has improved his lyrical abilities, demonstrated on “Stop Flexin’”, it’s largely the same themes being regurgitated. Lines like “Biggie mixed with Kool G” are bold statements too:

Being the huge M.O.P. fan that I am, I thought the Lil’ Fame verse on “Real Love” was a standout moment and definitely didn’t make me spit my beer when I heard the Melania Trump line:

“Stop fuckin’ with Jamal
I’ll have you growing a beard to cover up the scars
Don’t get your cap tilted
N**** the Brownsville grill’s ill looking like Charlie Wilson
I drink the ‘gnac by the case load
Thinking about fucking Melania Trump in her face hole
They say you are what you eat but I don’t get it
WHY’S THAT? Because I don’t remember eating no fucking legend
(TRY THAT) I’m the type to eat a lion after I pet it
Who the fuck you criticizing? Give me my credit!”

Fans of classic rap will lap up the scratches and frequent nods to artists of yesteryear. “Dream (Before I Go)”, “Falcons & Friends” and “Remember” are all nostalgic, with Pro P even admitting that he’s often looking back instead of forward. As solid as these moments are, it’s the millionth time I’ve heard an emcee declare their love for Biggie, Big L and Big Pun. The introspective songs where Pro P shows depth and personality are more interesting: “Only Life” gives us a glimpse into Pro’s early struggles (shopping for jeans that cost 10 kr) while “The Plan” stresses the importance of acting upon impulse and being more decisive with Pro P indicating a reluctance to create another album. Defari guests on “O.G. Told Me” and Pro P shares some wisdom himself:

“Don’t ever take my kindness for weakness
Greed is what separates the finders and keepers
Keep my pen in the same place I’m hiding my secrets
Watch the truth in your head get turned to lie when you speak it
I set apart the times that I’m sleepless
And times that I sleep less, as grinding increases
I watched the game from the sidelines, the sidelines from the bleachers
I know the further back you go the wider the scene gets
So I, welcome all the fake love showing
Need some leaches in my life to get my blood flowing
What disconnects the shooters and the cut-throats
Only one is friendly enough to catch you up close”

The nods to older artists and the classics are welcome; nuggets fans can enjoy and get a kick from, but whole songs can get a bit much. And that’s the main criticism – it can sound like a fan sharing their influences rather than an artist bringing something that’s new or interesting. It preaches to the converted, yet does it really well. The tracks that threaten to shed some light on who Professor P is, are the ones that warrant merit. I enjoy Pro & Ak’s work and they are as good as, if not better than they were a few years ago, but the worships to so-called “real rap” are starting to lose impact no matter how nice the beat is.