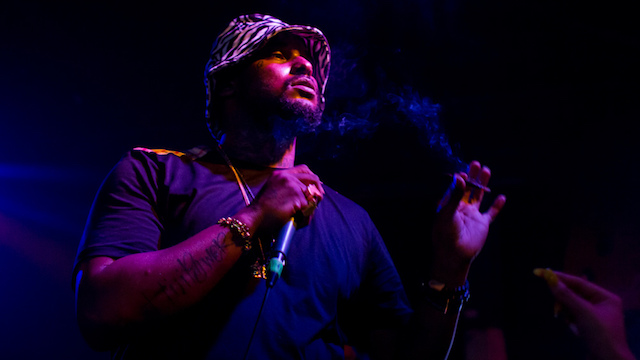 Q is having the time of his life on what appears to be his own private island, rapping on beaches and above waterfalls, driving around in an open air off road vehicle, while attractive females of all shades “bounce” to the chorus of his track. As the video draws to an epic conclusion, he has a bonfire party and sets off fireworks over the ocean. He’s the center of attention with not another brother in sight to mack on even one of the women around him.