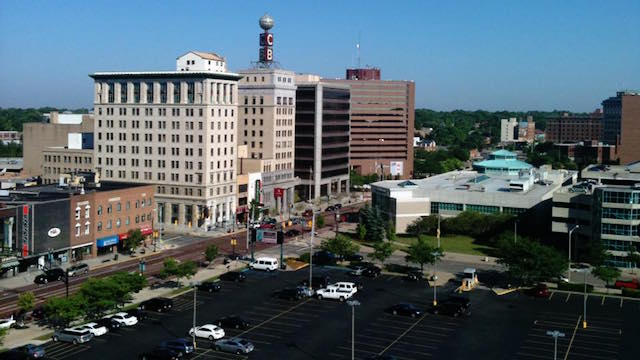 What Can Be Done About Flint, Michigan?

Long before the Flint water crisis put the city of Flint, Michigan on the national radar there were already two reasons a young ‘Flash’ was aware of the troubled city. First and foremost the funky raps of MC Breed (R.I.P.) painted a familiar picture of struggle and hustle that compared well with anything coming out of L.A., New York, Chicago or even nearby Detroit. Second was the documentary film “Roger & Me,” which as a young college student I was instructed to watch to learn about editing techniques, to appreciate both the positive storytelling aspects and the potentially negative aspects of distorting the truth by arranging scenes outside their chronological order.

Both the artist and the movie made an impact on me far beyond their initial success. Some of you may know I spent a few of my post-collegiate years living in Ypsilanti, Michigan. Ypsi and Flint are about an hour apart on 23-N (depending on traffic obviously) but you could definitely feel the impact of both Flint and Detroit (about 45 minutes East) in such a highly urban environment. In fact that’s one of the things I miss about Eastern Michigan in general besides the Detroit Red Wings of course. (#Hockeytown4Life) Even in the down times with factories closing and the middle class eroding, there was always a spark to life in Michigan. When you live in the Midwest things get spread out – large cities can be hundreds and hundreds of miles apart and odds are you’ll have to drive that far to see your favorite rap star. Everybody came to Michigan though. Even today many of your favorite emcees from Eminem to Big Sean hail from Eastern Michigan.

I’m getting off point though so let’s shift the focus back to Flint, a place where children are giving up hope of having a good quality life in the future. Who can blame them when the water is poisonous to drink? Most of us take turning on the tap and getting water for granted. We cook, we clean, we shower, we make coffee, and we don’t think twice about the safety or long term health consequences of drinking what is supposed to be naturally abundant as a basic staple of life. Meanwhile in Flint families go through six to eight cases of bottled water a day because of a seriously flawed plan to change what’s fed into the pipelines from Detroit Water & Sewerage to the contaminated Flint River. Why is the Flint River contaminated you ask? The dumping of industrial waste by manufacturing plants – the same plants that closed and left unemployment, poverty and crime rates skyrocketing. It’s practically a “scorched earth” policy – leave behind closed plants, undrinkable water and an air of despair almost as thick as the cloud of pollution that poisoned the city.

I’m not here to advocate a “big business bad” populist platform though. I’m not running for any political office and so-help-me I hope that I never do. What I’m advocating though is there needs to be a sense of responsibility for this crisis, and not just for the horrendous mistakes made by the city council and the Karegnondi Water Authority. As I said at the beginning Flint, MI has been on my radar for a long time now. For at least 20-25 years I’ve known the city had big problems and very few successes they could tout nationally. For every one MC Breed there should have been 100 more successful artists like him, and for every one Michael Moore there should have been 100 filmmakers like him. The problem is that Flint was abandoned long before the water was polluted, and the faster that people fled a city they felt was in decline, the faster the impoverished city turned on itself with staggering rates of homicide and arson. No one person, not even the infamous CEO Roger Smith from “Roger & Me,” solely holds the burden for Flint’s decline or current crisis. Collectively though the state of Michigan and in general the United States as a whole let Flint fall into disrepair and despair without lifting a finger to stop it.

What can be done about Flint, Michigan at this point? The saddest part of this editorial is that I don’t have answers for you. You can donate to the Red Cross to provide relief to people who are now living with this unfathomable situation, you could even rent a U-Haul and truck palettes of water to emergency centers yourself, but the high poverty and unemployment rates won’t be changed. People are now living in homes they can’t sell to leave even if they wanted to, because nobody wants to pay to live in a city where the water is tainted and you’re afraid to let kids play outside. All I can suggest to you is that thinking alone changes nothing. I’ve been thinking about Flint, Michigan for decades and I’ve never seen it get better. As much as I loved the energy and excitement of Michigan I left it behind too for a lower cost of living and cleaner air, so I’m part of the problem in my own way, but I was never a Michigan native to begin with and would hardly recognize any places I knew in the 90’s if I went back now. All I know is the children born in Flint didn’t get the choice about whether or not to live in Eastern, MI I did as a post-college graduate. Somehow we need to do more than THINK about what comes next for them – they need to have hope for the future and not a lifespan shortened by the water they drink, air they breathe, and state that did nothing but serve Detroit first above all else as manufacturing cities like Flint died when the jobs left.

It’s time for people to care about Flint and every other city just like it in this country.