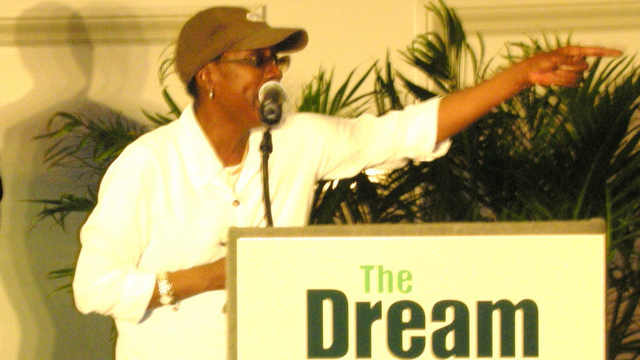 I apologize for not speaking of this on Monday or Tuesday. The news got out pretty late and unfortunately for me those are my two busiest days of the week. Nevertheless I was aware of the passing of Afeni Shakur (born Alice Faye Williams) at the age of 69 on Monday night at her home in Sausalito, California of an apparent cardiac arrest. With her passing the legacy of her son’s estate and recordings, as well as the oversight of her own estate, now passes to unknown and possibly contested hands. Shakur had filed for divorce from Gust Davis shortly before her death, but judges who settle estates in North Carolina (where they previously lived) are not required by law to split estates 50/50 in a divorce – only to determine “what’s fair.” Since the divorce was not finalized it may be possible Mr. Davis takes 100% control. We shall see soon enough.

It’s far more important to address her legacy as an activist though, as well as the influence she had on a young Tupac growing up, who was actually born Lesane Parish Crooks but renamed after Peruvian revolutionary Tupac Amaru II – a man who fought Spanish colonial rule in the 18th century. Even though his attempt to escape the shackles of colonialism failed, his example lived on past his death and informed other revolutionaries and revolutions. Afeni Shakur was very much a revolutionary. Famously she was a member of the Panther 21 who were tried and ultimately acquitted of several bombings in and around New York City – 156 charges in total. Throughout his young life Tupac grew up with and around members of the Black Liberation Army who felt the struggle against racism and disenfranchisement could only be progressed through an active (and often violent) campaign against the authority of the United States. To this date the sister of Tupac’s stepfather Mutulu, the famous/infamous Assata Shakur, is living in exile in Cuba after a daring prison break in 1979 and being on the run for five years before leaving the country. These struggles informed both his politics and his worldview.

“And even as a crack fiend, mama
You always was a black queen, mama
I finally understand
for a woman it ain’t easy tryin to raise a man”

Tupac’s “Dear Mama” made it clear that it was at times a mixed blessing. Even though he may have exaggerated a bit for dramatic effect there’s no doubt that Afeni struggled with raising a family and being a revolutionary, and that struggle may at times have gotten the best of her. The outpouring of affection in the song though is impossible to miss. No matter how he felt about her mistakes, he was grateful to her for the gift of life, and for the lessons that she was able to teach him growing up. During his lifetime he spoke frequently of her importance to him, even when he wasn’t paying tribute to her in song, though it’s significant that when he did it resulted in one of his most frequently played singles.