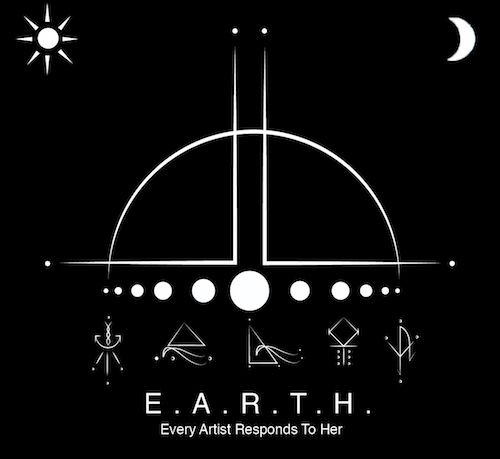 In my weekly process of culling through what interests me enough to warrant closer inspection for review, I stumbled across a zipped promo of Artson’s “E.A.R.T.H.” EP. The name rang bells for me since he had previously done a video called “War Cry” featuring both Rakaa Iriscience from Dilated Peoples and Zumbi from Zion I. Unfortunately this song isn’t part of “E.A.R.T.H.” but I’ll attach the video at the end of the review if you want to check it out.

Artson hails from El Paso, Texas which almost by default make him the most famous rapper from El Paso, Texas. Just to make sure though I did a little fact checking and discovered that Gunplay was born there although he ultimately grew up in Carol City, Florida. I’m surprised there aren’t more rappers from the area to be honest, but I suppose if you want to make it in Texas it’s hard to resist the magnetic pull to bigger scenes like Houston or Dallas. Even Artson would up plying his art (son) somewhere else – eventually relocating to Las Vegas as part of a rap group not named in his bio that launched his career.

Speaking of his bio the one accompanying “E.A.R.T.H.” specifically points out his Chicano/Native mixed heritage. As such I searched through the five songs of this EP trying to find some specific musical or lyrical examples that would reflect that heritage, and “Elements” would be the most obvious candidate though it’s possible that it was made blatant so even a gringo would get it. The rhythmic Native American samples, the chorus singing the elements of “air, water, wind, FIYAH,” it sounds good and yet causes me to be skeptical and wonder whether or not this is dumbing down what being Native is so non-Natives get it.

That doesn’t equate to Artson dumbing it down lyrically though. “Never Give Up” gives me a pleasant throwback to late 1980’s and early 1990’s up-tempo Afrocentric hip-hop. “Winning cause I’m hitting ’em out the park/run around the bases back to start/my heartbeat pumps and pounds my chest/and I’ll never stop preaching ’til I’m all out of breath.” I guess it’s just a friendly game of baseball.

Samantha Mendoza sings on “Shining Star,” and if Artson has one song capable of crossing over comercially this is it. Again it makes me somewhat skeptical because it’s almost TOO slick for an up-and-coming independent artist. It sounds major label and mainstream.

The bottom line is that I like Artson and “E.A.R.T.H.” is an enjoyable albeit very short EP at only 17 minutes long. The funny thing is that despite the depth of bio information that accompanied his album I still have more questions than answers.