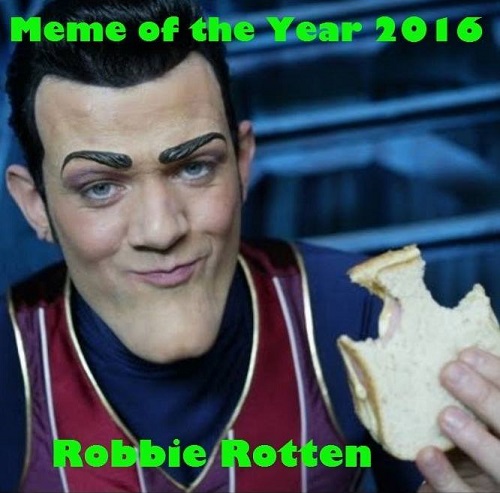 The Top 10 “We Are Number One” Videos

Who would have thought that a meme could actually save someone’s life? For Stefan Karl Stefansson though the popularity of “We Are Number One” remix videos may actually make the difference between him getting the treatment he needs or not being able to afford it.

It couldn’t have happened to a more “Rotten” guy, but if you don’t get the joke, indulge me for a minute while I explain.

LazyTown is a TV show that has been the center of the meme world for a while now. Given that it’s a children’s show which aired on NickJr in the early 2000’s it didn’t “go viral” the way memes did in a post-YouTube era where any funny idea is quickly imitated, remixed, and duplicated. It was a natural source of humor though given the way the show interchangeably intermixes live action, puppetry, special effects and the never-ending war between physical fitness and laziness. Yes if you’ve never seen it, that’s honest to God the premise. A super hero named Sportacus (Magnus Scheving) tries to keep the residents of LazyTown healthy and fit, while his arch-nemesis Robbie Rotten (Stefansson) tries to both defeat Sportacus and encourage the townsfolk to be as lazy as possible. The irony/humor is that Rotten works so hard to achieve this goal he might actually be the most fit and active resident in town!

Earlier memes tended to focus on a friend of Sportacus, the niece of the town’s Mayor Milford, a sassy girl named Stephanie (Julianna Rose Mauriello/Chloe Lang). One of the best examples is when she sings a song about baking a perfect cake, but thanks to the internet and a little help from Lil’ Jon, that cake is even MORE perfect. If you have kids you may want to avoid them hearing this remix.

In a cruel twist of fate Stefansson developed pancreatic cancer, and the cost of treatment vastly exceeded the money he made from starring on the show. In an amazing show of love, nearly every meme video that remixes his campy song “We Are Number One” from the TV show now includes his GoFundMe link in the description. So far over $100,000 has been raised to help him out. That really IS number one, so the collective internet should take a bow, because in this case a meme actually did some good for a pretty decent “Rotten” guy. Let’s celebrate that with this top ten.

For reference I’m including the original version at the top of the list. Also the titles I’m putting with each video are almost entirely my own – my own “remix” of sorts.

0.) The original “We Are Number One” from LazyTown.

1.) “We Are Number One” by The Living Tombstone.

4.) “We Are SPARTANS” remix by Grandayy.

6.) “We Are Filthy Frank” by Crafting Vegeto.

7.) “We Are the Number One Compilation” by TwinkieMan.

10.) “We Are Constantly Zooming In” by MrMrMANGOHEAD.