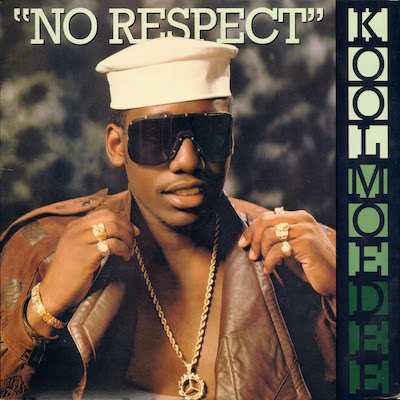 Over the past 40 years, hip-hop has gone from an outlier in the music world, to taking over mainstream pop culture, to its current status of being more of a sideshow than an actual art form, with a lot of discussions revolving around how much better it was back in the day.

Why is that, though? What’s been happening to hip-hop that’s been having such a negative effect on people’s views of it?

Many would argue it’s the music, but we’ve had pop rap since the dawn of the culture, and hip-hop radio has been repetitive, and only given one version of hip-hop, for over a decade. We can rant about those things all we want, but they’re things we can’t change. Pop rap will always be around, as it’s a necessity in getting younger people into hip-hop, and hip-hop radio is too powerful to take down.

That said, I’ve come up with five reasons for the recent downturn in respect for hip-hop that we CAN address, and not only am I addressing them here, I’m offering some solutions.

1) Everyone Talks About What They Dislike

Hip-hop stands no chance of being respected when the majority of the conversation from within hip-hop is negative. We seem to know everyone’s opinion on Iggy Azalea, Young Thug, and all the other artists that get railroaded on social media, but we rarely hear about the artists people actually enjoy listening to.

SOLUTION – We didn’t get involved in hip-hop for the purpose of bitching about it. We got into it because we connected with it, we loved it, and we enjoyed heated debates about our FAVORITE artists, not our least favorite artists. We cared about who was in our friends’ top five, and constantly talked about things of that nature. If hip-hop is to regain any sort of respect, step one will be bringing our conversations back to that far more excited, and positive, state.

During the rare times we speak positively about current hip-hop we go so overboard it becomes a laughable extreme oversell. To put it bluntly, no, the album that came out last week is not an “instant classic.” Not only is that phrase complete nonsense, because classic status can only be determined after a long period of time, but there’s a good chance said album won’t even be in your personal rotation next month, let alone next year.

The only thing calling an album an “Instant Classic” does is instantly cheapen the genre, as it makes it look like we’re grasping at straws in a desperate attempt to claim some sort of status for this era of hip-hop without taking the time to allow for historical context.

SOLUTION – It’s cool to like an album, and it’s fine to talk about an album you like ad nauseam, but reserve the word “classic” for the albums that stay in your personal rotation for at least a year.

There is absolutely nothing cool about two artists going at it on Twitter. This kind of public display shows artists at their worst, and makes everyone involved look like high school girls fighting over a dress for their spring formal.

SOLUTION – If a rapper has a problem with another rapper, they should take it to the studio, and write a diss track. Diss tracks almost seem like a lost art in 2015, because rappers are so prone to “air out” a rival on social media, and while those arguments end up a topic of conversation for a few days, they will never be remembered like “Second Round K.O.,” “Hit ‘Em Up,” “Ether,” or any of the other diss tracks that are forever part of hip-hop lore.

I know that as a journalist some of this may read as sour grapes, but I’m going to address both sides of this issue, I’m just starting with the artists.

A tweet, or a Facebook post, is a moment in time. Once that moment is over, unless someone scrolls through an artist’s entire timeline, it’s gone forever. An interview/article has a much longer shelf-life, and that same thought an artist has, when in article form, lives on forever in Google search results.

SOLUTION – If you have a lot to say about a topic, contact a journalist you trust. No matter where you are in your career, you should have a few go-to men and women in the music journalism world that you can reach out to. Talk to these people. It will make a huge difference for BOTH parties.

Hip-hop journalism is in a terrible place right now, dominated by click bait headlines, bogus lists that require 40 clicks to get through, press releases posted as news, and the creation of stories from tweets (no, this doesn’t contradict my earlier thoughts on artists using social media. When writers take tweets, and write about them, it isn’t about the artist, it’s about what the writer thinks about the artist. It’s almost like another form of criticism).

No one is actually contacting anyone anymore, and the results are features intended to keep you talking, and clicking, but not thinking, and certainly not seeking out new music.

SOLUTION – Hip-hop journalists need to get out there. They need to go to shows, talk to artists, make real connections, and actually do their job. Even if you get a million hits on your listicle about “The 40 Most Regrettable Hats Worn By Young Money Artists,” it will never be anything of real consequence. Do something that matters.