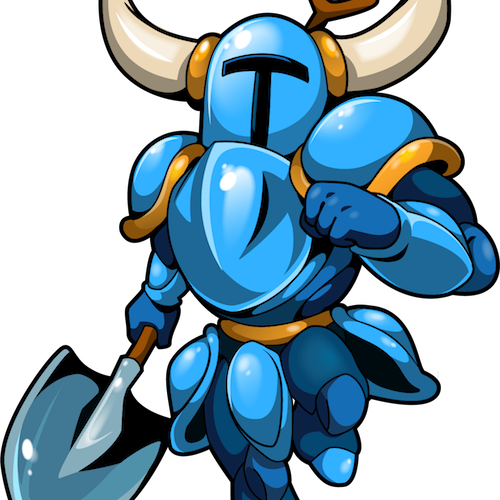 Why Have Retro Style Video Games Made a Comeback?

If you don’t recognize the handsome chap to my right allow me to introduce you to Shovel Knight, the titular hero of the video game sharing his name. Since first being announced as a Kickstarter project from Yacht Club Games back in 2013, his success has undoubtedly exceeded all expectations. The campaign to launch the game easily passed its initial funding goal of $75,000 and went on to collect four times that amount. Since debuting at retail in June 2014, the game has gone on to sell over 1.5 million copies in a variety of digital and physical formats, spread out across multiple consoles including the PlayStation 4

and the Nintendo Switch

. They even released a cute little Shovel Knight Amiibo

to go with the game – the first third party Amiibo not developed nor sold by Nintendo.

In an era of first person shooters like Halo

, why would such a purposefully “throwback” game designed to look, sound and feel like an old school “8-bit” Nintendo game be so wildly successful, especially competing against the “AAA” titles I’ve listed above? Furthermore why has Shovel Knight’s success heralded a similar comeback for other games made with a similar style? There are no shortage of retro-chic games now on the market or coming out soon, from the Banjo-Kazooie inspired Yooka-Laylee

to the Ghosts ‘n Goblins style Battle Princess Madelyn. What has caused retro to be all the rage over the last few years, and perhaps specifically in 2017?

The simple and default answer has always been that aging gamers who grew up playing Atari, Nintendo and Sega (among many other console makers) or PC games in their youth are now eager to return to their childhood and relive it. There’s probably an element of truth to this. It’s hard not to admire the audio and visual presentation of a game like Shovel Knight, something that works so hard to capture the charm of an era gone by in the most authentic manner possible, but of course Shovel Knight would not have been a massive success through imitation alone. The game just like any other game had to be FUN to make people want to buy it, and our chivalrous spade-eschewing knight is the right mixture of mischievous mirth and digging delight. No matter how ridiculous the idea of a shovel as a weapon might seem, he quite literally wields it well enough to create a game that’s equal parts Duck Tales, Metroid and Super Mario Bros. without coming off as a clone of any of them.

Of course it doesn’t hurt that many of these retro style games have protagonists that are vulnerable, flawed or just plain WEIRD like Super Meatboy

and The Binding of Isaac

. Modern games seem to want to make us leap tall buildings with a single bound and take down entire armies with a single pistol, and while that kind of power trip fantasy has its appeal, it also becomes a bit cliche when every video game hero has infallible aim, uncanny timing, and an invulnerable set of armor. One thing retro style games have in common with their spiritual kin is the CHALLENGE. The “simple to learn, difficult to master” philosophy espoused by Nolan Bushnell applies here. AAA titles often let you get good right away to suck you into their convoluted Hollywood-esque plot, but indie games dare you to improve yourself. You fell to your death? TRY AGAIN. Even though it might make you rage, it also entices you to give it one more go, because you KNOW you can do it given enough time. A flawed imperfect hero reflects the flawed imperfect player – we all keep trying until we get it right.

For me personally there’s also something less gut wrenching about a 2D platformer or a horizontal/vertical shooter than a FPS game. As the processing power and rendering ability of modern computers and consoles have improved, I find it easier to play FPS games than I used to, but every now and then even on a Halo game I start to feel a little queasy. There’s some sort of brain/body disconnect to the whole thing where it looks almost real, but NOT QUITE real enough, and the sense of motion becomes disconcerting as a result. For me it’s like my body expects to feel the motion of whipping around a corner at top speed, and the LACK of that sends signals to my body that everything is out of balance. I can recover after a short break (which is advisable playing any video game – take frequent breaks) but old school games or old school STYLE games just don’t cause that creeping feeling of nausea to me. I welcome a game that’s fun without leaving my equilibrium way off.

Could it just be that video game players though see these games as a form of time travel – an escape from the modern day complications of both controllers and Presidents with too many buttons to push? Perhaps. But escapism and entertainment go hand in hand anyway. Moviegoers, sports fans, gamers and even bibliotaphs have one thing in common – we treasure a few hours to lose ourselves in our passions. The negatives of the world are not going to go away, nor should we pretend that they do entirely, but taking the time for your mental health to not think about them for a while isn’t so bad. If games that purposefully look and feel like they’re 20 or 30 years old make that transition easier, that’s not a bad thing. Whether you enjoy classics, modern games or modern games that look like classics though, keep on gaming. I’ll be there playing Flinthook

right along with you.