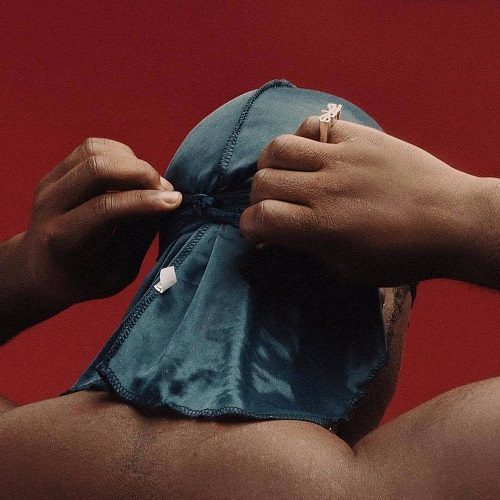 Darold D. Brown Ferguson Jr. didn’t necessarily plan to become a rap (or as he might prefer to say trap) superstar. He had a father who ran a successful t-shirt shop in Harlem and attended art school in hopes of fulfilling his own ambitions as a fashion designer. As fate would have it though Ferguson was high school best friends with A$AP Rocky. You can’t find it too surprising that when Rakim Myers blew up that Darold Ferguson would decide “I want my melodies to be heard by the masses too.” Ferg bided his time while Ra got the A$AP Mob off the ground, and eventually got his chance to shine solo with his first solo album “Trap Lord” in 2013. Why would Ferg associate with trap though, traditionally understood to be a Southern rap style, when he hails from NYC? Ferg explains: “Trapping means hustling. I went from painting to making clothes to rapping. I always put myself into everything I do one hundred percent. It doesn’t matter what I’m working on.”

Fair enough Ferg. To be honest though there’s always been a little bit of Southern swag to the A$AP movement though, right down to the syrupy slowed down sound of Rocky’s first crossover hit “Purple Swag.” Those same influences can be heard on “Mad Man” featuring Playboi Carti and that’s not just because Carti hails from Atlanta. The Honorable C.N.O.T.E. produced tracks samples the song “Tear Da Club Up” by Three 6 Mafia and in particular the song’s signature/titular chant. Even the way Ferg spits sounds influenced by Memphis style rapping, the “front-and-you-can-get-done-up, whoever-want-it-can-come-run-up” flow pattern. It’s a complete role reversal as Carti sounds more like a Harlem emcee than Ferguson.

Generally speaking A$AP rappers sound like they’re paying homage to the South as opposed to parodying or mocking the sound, and Ferg in particular doesn’t spend his entire album doing it Southern stylee. In fact Kirk Knight’s track for the lead single “Plain Jane” sounds more like Chicago’s drill style, even though Knight is a Brooklynite from the Pro Era crew. It just shows how widely these influences have spread throughout hip-hop beyond their regional points of origin. As for the topic matter, Ferg pays tribute to the late A$AP Yams, then starts bragging about how he learned his hustle from a young age and overcame the roughness of his “Hungry Ham” neighborhood by being even hungrier – or at the very least thirsty… for sex and success.

“I’ma explain why you probably never seen me
I’m in a sunken place, no Instagram, I’m watchin TV
I think I trade my breakfast, lunch and dinner for some kitty
Please believe me, I see RiRi, I’ma eat it like panini
I go dumb up in the broad, hit the walls like graffiti
Indian burns all up on a nigga wee-wee
I think I need a foursome, Bella, Kendall, Gigi
It’d be easy if Reneezy hook it all up on the leezy
I go crazy in my Yeezy, Kirk Kneezy on the beat
I told ’em now we finna glow up in the street
Rappers talk subliminal but they don’t talk to me
Put ’em in a Jersey shore like Pauly D”

Aside from the unnecessarily homophobic “Suck a n—a d–k or something” between verses there’s nothing wrong with the song. It’s also good to hear the deep voiced Ferg getting the spotlight to himself, because he shares a lot of “Still Striving” with guest stars and not even ones from the A$AP Mob. Meek Mill starts the trend right from the opening song with “Trap and a Dream,” and then throughout we get one cameo after another. Famous Dex is on “Coach Cartier,” Cam’ron is on “Rubber Band Man,” the Migos crew come through on “Nasty (Who Dat),” and the list goes on and on. Out of 14 tracks 78.5% of them have a cameo of one kind or another. The only times anybody with “A$AP” in their name join Ferg on the track are two remixes. The “Mattress Remix” and the “East Coast Remix” both feature Rocky, but the latter also features a stupid long guest list with everybody from Busta Rhymes to Snoop Dogg dropping a verse. It’s amazing the song isn’t longer than 5:36.

To be honest I want to get to know Ferg better. In his interviews he comes across like a man who is very loyal to his crew, not afraid to be unconventional in his style (both in clothing and in music), and eager to be as successful as his best friend Ra. It isn’t until the Frankie P laced finale “Tango” that his personality shines the brightest though. With no guest stars to fill up the time Ferg has to speak, he gets real deep on some “real life events” that shaped who he is as a man today.

“Just found out my daddy died for the wrong reasons
Wasn’t the the kidney that took him, it was the bad treatment
Ain’t go to court because our heart was still bleedin
Family grievin, no money could fix the pain that we feelin
Lil’ nice done leveled up, you wouldn’t believe it
And my momma always reflect when I was younger teethin
Now it’s gold grills glisten every time the teeth in
And all my idols listen every time I’m speakin
Timbaland and Missy +Lose It+ when I load the beat it
My life a party, everyday is a weekend
I swear my whole life changed last weekend
But this game strange it’ll throw you off the deep end
Speak to Yams’ mom on the daily, beautiful lady
Feelin’ of her losing her baby drivin’ her crazy
She say that I remind her of her son
She make arroz con pollo and cook every time I come”

This is what I was looking for from “Still Striving” and it almost came too late. There are flashes of this kind of openness, honesty and personality throughout but a whole album of “Tango” type tracks would have been really special. As it is though “Still Striving” isn’t a bad release. Some songs like “Aww Yeah” featuring Lil Yachty are just silly AutoTuned fun, and some tracks like “One Night Savage” featuring MadeinTYO are dark and menacing, but somewhere between the two is a talented member of the Mob who has even more potential to be a breakout star than he’s shown so far.